Hours after FOX 35 News reported about a rat infestation in one Port Orange neighborhood, code enforcement responded. The problem began when rats appeared in a dumpster that was used to clear trash from an abandoned house.

PORT ORANGE, Fla. - The city of Port Orange said it's working with the owner of a vacant home on Brandon Lane that neighbors say has become a nightmare in recent weeks.

FOX 35 News was there as code enforcement met with the owner of the property advising him of a plan to clear out a rat infestation.  Neighbors say the rats are seeping out of the home and into their yards -- both near and far.

"We had a lady that lives in the Halmet and that’s 14 houses away and she’s got rats in her garage," said Harvest Osiborski.

Osiborski and her neighbors said they have been trying to get in contact with the owner for weeks with no luck. Friday, they had the chance.

"Your problem has become our neighborhood's problem," Osiborski told the owner.

The owner told FOX 35 News he bought the house last month unseen as an investment property.

"You can't imagine what was inside," he said.

He said he plans to oblige with code enforcement's plan to clean up the property.

"I can't do anything else. I just got the house. My purchase check didn't bring rodents, rats," he said.

Meanwhile, neighbors want more to be done as they worry it could get worse and spread to nearby parks and inside homes.

The City of Port Orange said in an email it will work with the homeowner to address the issue:

"The property owner will continue to address the situation by having workers on site to remove any dead rodents and continue to trap the inside rodents. Additionally, traps will be installed on the outside of the home. The overgrowth around the home will be removed within the next few days to reduce any nesting areas. The owner will be updating code enforcement and the property will be monitored for progress." 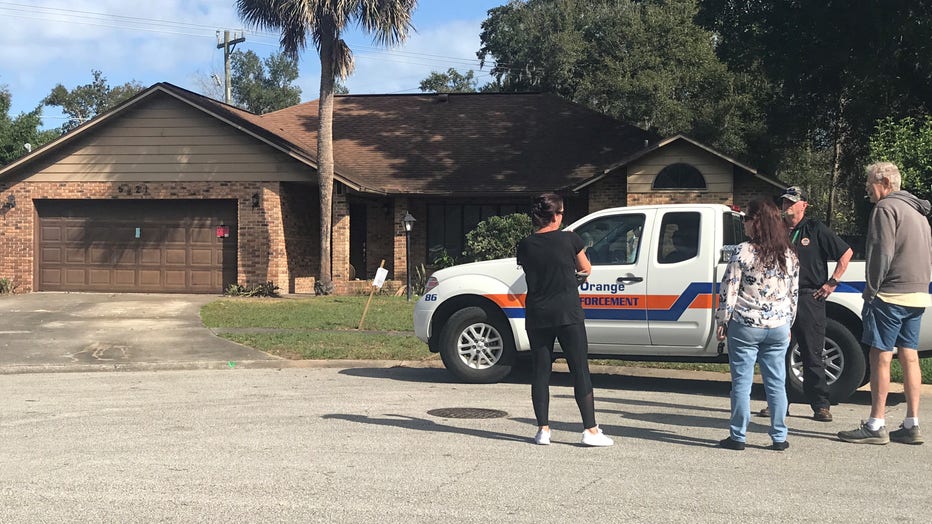