Coast Guard airlifts mom, son who had fallen from cliff

A mother and son fell from a cliff while hiking in Oregon, requiring rescue by the Coast Guard.

COOS BAY, Ore. - The Coast Guard rescued a mother and her son Thursday who had fallen from a cliff during a hiking trip at Cape Arago.

The Coast Guard used two helicopters in the rescue. The first one reached the mother at 12:25 p.m.

The crew found her clinging to vegetation below the top of the cliff. They hoisted her up and flew back to Sector North Bend. 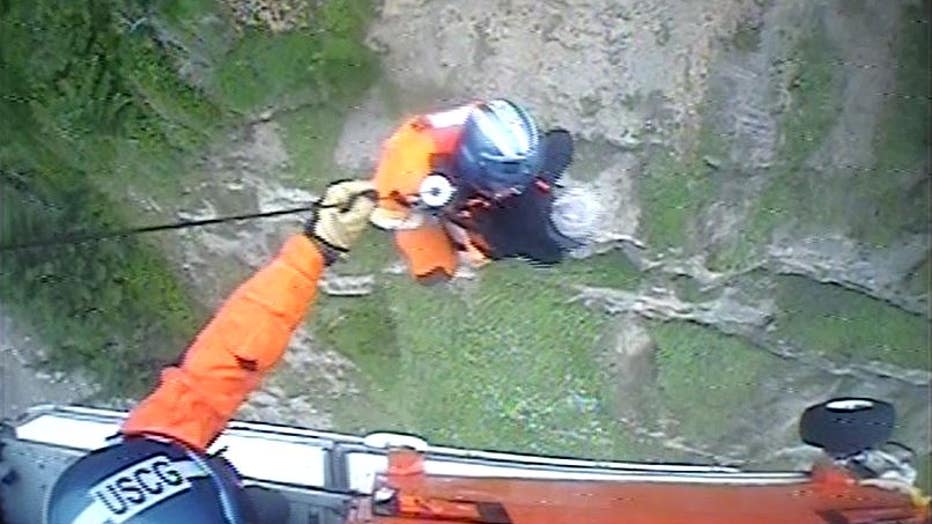 According to a news release, she did not report medical concerns. Her 18-year-old son wasn’t so fortunate.

The second crew located him 36 feet down the cliff face suffering from several head wounds. Once secured, the crew flew him directly to Bay Area Hospital.

“The Advanced Helicopter Rescue School comes to the Pacific Northwest every year to maintain proficiencies in, what we call, vertical surface rescues,” Champlin said. “Pulling survivors off cliff faces is critical to the Coast Guard’s ability to save lives. We were absolutely ready for this.”

EMTs eventually reunited the mother and son at the hospital. The Coast Guard said their conditions remain unknown.