Coachella fans will have to wait a bit longer to return to the massively popular music festival.

INDIO, Calif. - Coachella and Stagecoach music festivals have been postponed again, according to a report published Wednesday night by Variety.

Event promoter Goldenvoice did not immediately respond to a request for comment.

The move, once officially confirmed, would be the fourth time the dates of Coachella have been rescheduled amid the COVID-19 pandemic.

Coachella, which runs two weekends each year in Indio, California, was first rescheduled from April to October 2020, then to April 2021, and then October, although the October dates were not officially confirmed by promoters. 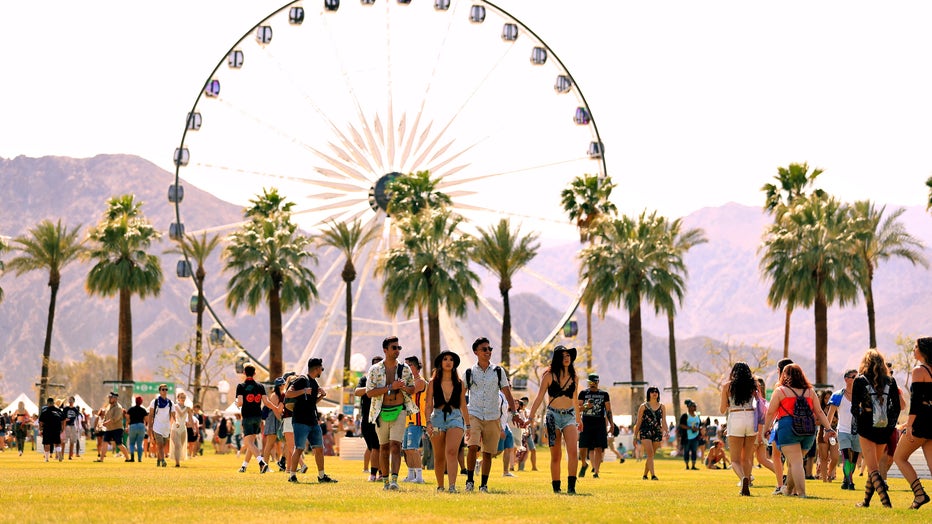 Festivalgoers attend the 2018 Coachella Valley Music And Arts Festival at the Empire Polo Field on April 13, 2018 in Indio, California. (Photo by Christopher Polk/Getty Images for Coachella)

In January, health officials in Riverside County called for both festivals to be canceled once again due to COVID-19 concerns.

All ticket purchases for the previous dates will be honored whenever the festivals are held, organizers said previously.

Rage Against the Machine, Travis Scott and Frank Ocean were set to headline Coachella, while Lil Nas X, Carrie Underwood, Alan Jackson and ZZ Top were scheduled to headline Stagecoach.

It remains unclear how this latest postponement will affect future lineups.