The Washington Redskins will officially retire the team's name and logo, according to a statement by the team.

CLEVELAND - While moving forward with a plan to change their name, the Cleveland Indians said they will not permit fans inside Progressive Field wearing Native American headdresses or face paint.

The team announced the fan dress policy for the 2021 season on Wednesday in advance of Monday's home opener against Detroit.

The team’s new policy states fans can be ejected or denied entrance for disorderly, unruly or disruptive conduct that includes "headdresses and face paint styled in a way that references or appropriates American Indian cultures and traditions. Inappropriate or offensive images, words, dress or face paint must be covered or removed, and failure to do so may constitute grounds for ejection or refusal of admission." 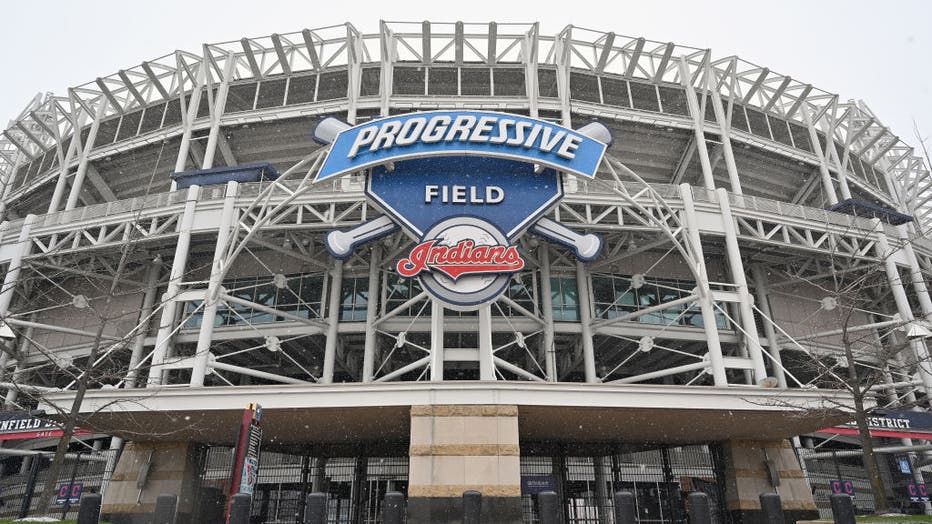 FILE - The Cleveland Indians logo is seen at the team's Progressive Field stadium on Dec. 16, 2020 in Cleveland, Ohio. The Cleveland baseball team announced they will be dropping the "Indians" from the team name after the 2021 season. (Photo by Jason

Cleveland fans will still be allowed to wear caps and clothing featuring Chief Wahoo, the team’s contentious mascot. The team removed the smiling, red-faced Wahoo caricature from its game jerseys and caps two years ago but still sells merchandise with its image.

The Indians said earlier this year that they are changing their name for the first time since 1915, joining a nationwide movement to ban racist symbols and slogans. The name change will not take effect until the 2022 season at the earliest.

In December, owner Paul Dolan told The Associated Press that the team's new name "will not be a name that has Native American themes or connotations to it."

Cleveland’s move to change its name followed a similar decision by the NFL’s Washington Football Team, previously known as the Redskins.