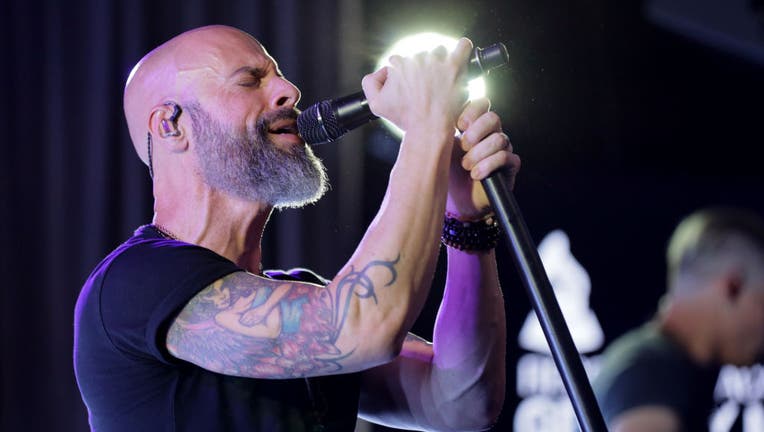 Chris Daughtry performs at The Drop: Daughtry at The GRAMMY Museum on Sept. 14, 2021 in Los Angeles, California. (Photo by Rebecca Sapp/Getty Images for The Recording Academy)

Chris Daughtry's family has confirmed his stepdaughter's cause of death.

The 42-year-old musician's family confirmed to People magazine that Hannah Price, who was found dead in her home two months ago, died by suicide while under the influence of narcotics.

"Our beloved Daughter Hannah Price passed away on November 12th, 2021," read the family's statement. "Much speculation has been made since that date, and after a full investigation by law enforcement we are now able to speak in further detail."

Many had speculated at the time that she died by homicide, but Daughtry's wife clarified that it was simply a rumor at that point, shortly after Price's death.

In their statement on Wednesday, the "American Idol" alum's family noted that Price struggled with mental illness "from a young age" and had been "in and out of therapy and treatment centers" in the past.

"As Hannah got older, she struggled to find her footing and began using drugs and often found herself in abusive relationships," they continued, noting that Price was shot in the face "just months after losing her biological father to suicide."

"We did everything we could to support her and get her the help she needed to recover from these tragedies and get her life back on track," they added. "We had just recently made plans with Hannah for her to seek further treatment and move closer to the family."

The family said that the morning Price died, she contacted her family, saying she was "in fear for her life," alleging that her boyfriend physically abused her and took her car. The family called the local police department, who performed a wellness check.

Price's body was later found by her boyfriend. He called 911.

An investigation into the death was launched after she was declared dead at the scene. The Fentress County DA, Fentress County Sheriff Office and the Knoxville Medical Examiners Office determined that there was no evidence of foul play, per a statement.

"Hannah was a generous and loving person who wanted more for herself and others. She will forever be in the hearts and minds of those of us who love her," the family said. "We ask for your continued privacy at this time while we grieve. If you or a loved one is experiencing mental health, abuse, or addiction problems, please seek help immediately. Free and confidential resources below can help you or a loved one connect with a skilled, trained mental health professional or counselor."