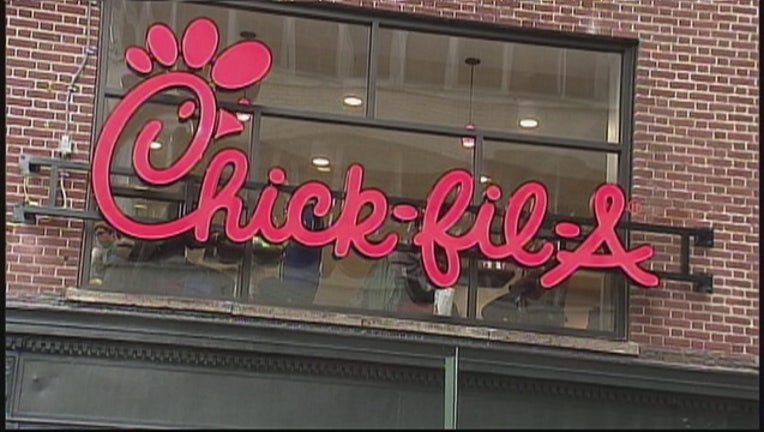 There was a long line Saturday at the corner of 37th Street and Sixth Avenue in Midtown Manhattan.  All those people were waiting to get a taste of a popular chicken chain's debut. The first public Chick-fil-A location in New York City celebrated its grand opening Saturday.  (There was a previously opened location on the campus of NYU.)

Customers braved the bad weather to give it a try.  Several were southerners who were introducing their northern friends to Chick-fil-A.

But Chick fil A’s opening was also met with protesters.  The animal and gay rights group "Collectively Free" demonstrated outside the restaurant.

Chick-fil-A’s Baptist owners have angered many with their stance against same-sex marriage.  The privately held company is closed on Sundays.