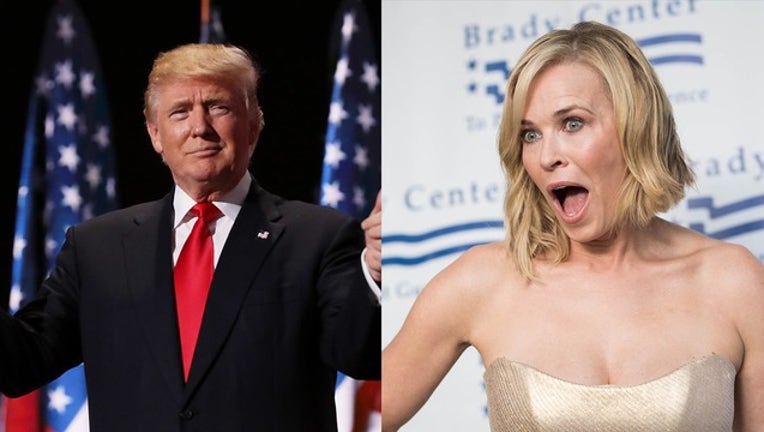 FOX NEWS - Comedian and activist Chelsea Handler shared Friday that she had to seek out a psychiatrist after Donald Trump's victory in the 2016 presidential election.

Handler explained during an appearance on “Real Time with Bill Maher” that she went through a “midlife identity crisis” after Trump shocked the world by defeating Hillary Clinton for the nation's highest office, saying she never felt her life feel “so unhinged.”

“I had to pay a psychiatrist to listen to me b---- about Donald Trump for about the first three weeks,” Handler told Maher. “And then once when we got past that and got to the real stuff, I realized the parallel there was my world becoming unhinged when I was a little girl, my brother died when I was nine years old. I had never related the two, but for me, as I can imagine it must have been for so many people, it was an emotional trigger of everything being destabilized and I realized how spoiled and privileged I had been all my life and realize to be this upset and this on-a-ten every day and the outrage and the anger, I just wanted to f---ing fight people, you know? And I was like, ‘I have to go see a psychiatrist.’”

The liberal comedian also spoke about having “white guilt” and how she realized in therapy that she had believed she didn’t have “the right to be in pain” because she hadn't been raped or molested.

“I’m a more mindful citizen because of it and I woke up. I’m in an awakening,” Handler continued.

She also said Trump’s election win “led” her to smoking marijuana and pivoting away from alcohol, calling cannabis the “gateway drug to meditation.”

Get update on this story at FoxNews.com