TAVARES, Fla. - Tavares High School students gathered around a makeshift memorial for Theodore, a pet duck belonging to a man who lives across the street from campus.

Tavares police officers say they are pursuing animal cruelty charges against a freshman who they say was caught on a home surveillance camera killing the duck.  The duck's owner, Richard Richards, says Theodore’s brother, Alvin, hasn't been the same since the killing.

“He's very clingy because they're social creatures. They follow us around during the day,” he said.

Richards has had Alvin and Theodore since they were ducklings. His house is right across the street from the school. Students and parents said they were upset the pet duck was killed. 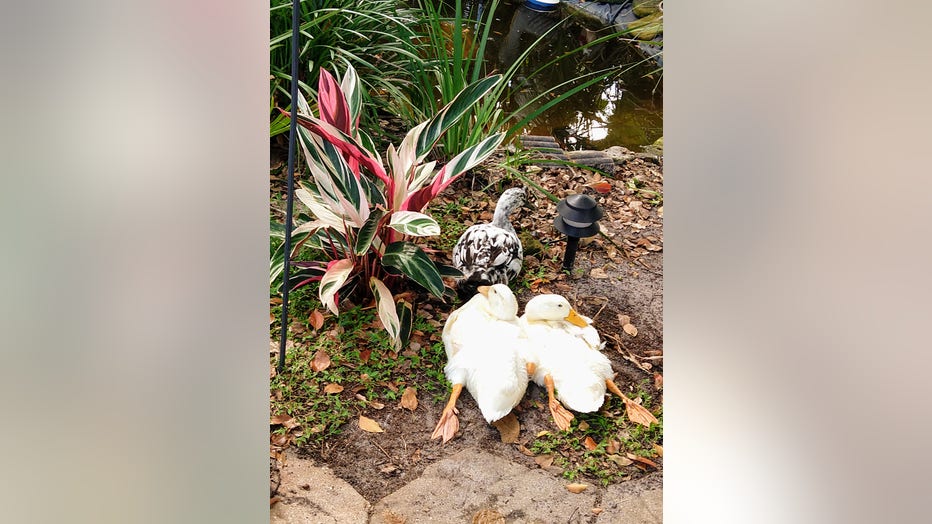 “Everyone's talking about the duck. I think it's kind of mean that this kid would just walk up to a duck and kill it,” said Trent Streeter, a Tavares High School freshman.

“It's disturbing to think anyone in cold blood would do something like that,” said Adria Underwood, whose son attends the school.

The ducks were something like pets for all the students.

“The special education kids especially love the ducks,” Richards said. “They'd feed them granola bar pieces through the fence in the morning.”

Richards said if there were any silver lining, it was that Theodore’s death had brought his family and the school community closer. He says soon Alvin will have some new friends.

“We'll get baby ducks,” he said. “And we've spoken to the class teacher, we'll allow them to name them.”