ORLANDO, Fla. - As we approach the peak of the Atlantic hurricane season on September 10th, it's not surprising that the tropics are "fully involved" right now.

The FOX 35 Storm Team is tracking 3 systems, two of which could become our next named storms "Ida" and "Julian". The two areas we're watching out in the distant East Atlantic will stay in that area, far removed from the islands and the U.S. coastline.

The third system in the Caribbean, Invest area 99L is now raising eyebrows.

"Areas from Mexico to the Central Gulf Coast should keep a close eye on this feature, forecast models are currently taking 99L or whatever it might become, into the Gulf this weekend." Said FOX 35 Chief Meteorologist Jayme King. "The Gulf of Mexico water temperatures are warm and overall environmental conditions could cause 99L to develop quickly."

The National Hurricane Center said Thursday that the tropical wave could become a tropical depression late this week over the northwestern Caribbean Sea. Additional development is possible when the system is over the Gulf of Mexico early next week. 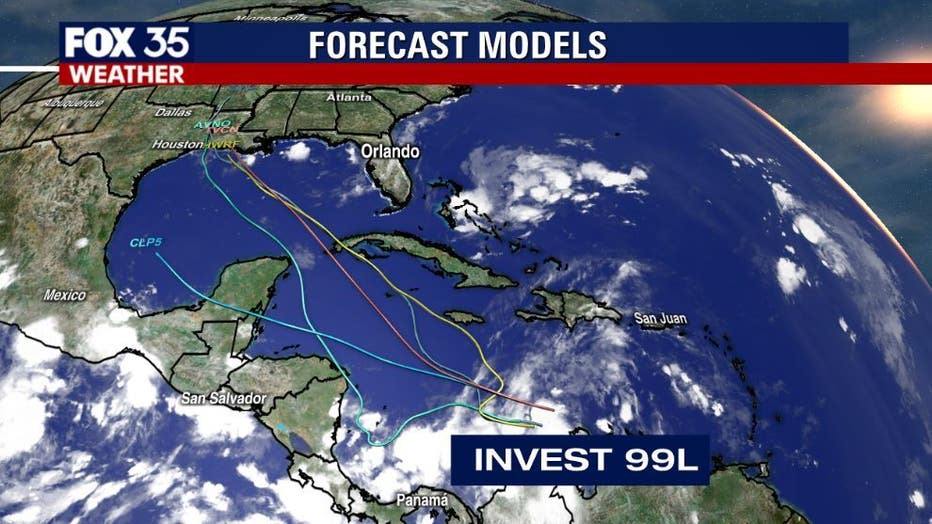 High pressure positioned east of Florida over the weekend will keep 99L many miles to the west of the Sunshine State. The FOX 35 Storm Team will track it regardless.

Central Floridians should also know that our local weather will go downhill on Thursday as a weak tropical wave slides out of the Bahamas and across Florida. 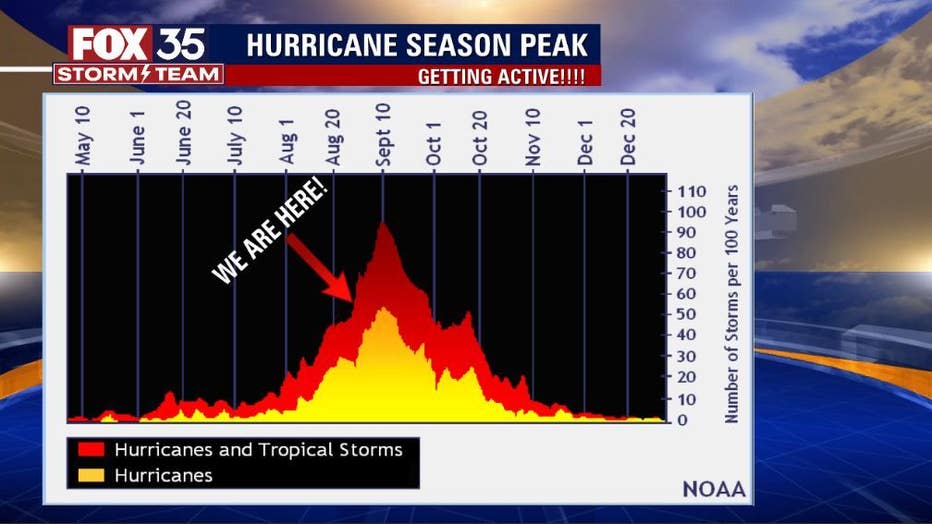 Expect some breezy easterly winds and pockets of passing rain, perhaps some isolated storms. Beach and boating plans should be shelved until we get into the weekend and behind the departing tropical wave.

Another wave located over northwestern Colombia and the south-central Caribbean Sea also has a high chance of developing into a tropical depression late this week or this weekend, the NHC said.