Some Central Florida students have found themselves in the global spotlight, going on Facebook Live with real-life NASA scientists to help in the space agency's next groundbreaking study. Students at Montverde Academy are participating in a program to collect and upload environmental data that will be used in research by scientists all over the world.

MONTVERDE, Fla. - Students at Montverde Academy got the chance to work with NASA and teach other students and people across the world.

There was a unique broadcast on the campus of Montverde Academy on Tuesday.

NASA representatives went live on Facebook from the school to show off what a handful of the students know.

“It’s really amazing, and we get to learn about the clouds and how important they are to our earth,” said Sara Echavarria, a student.

Since the beginning of the year, the students have been studying the clouds and collecting data on an app for NASA. 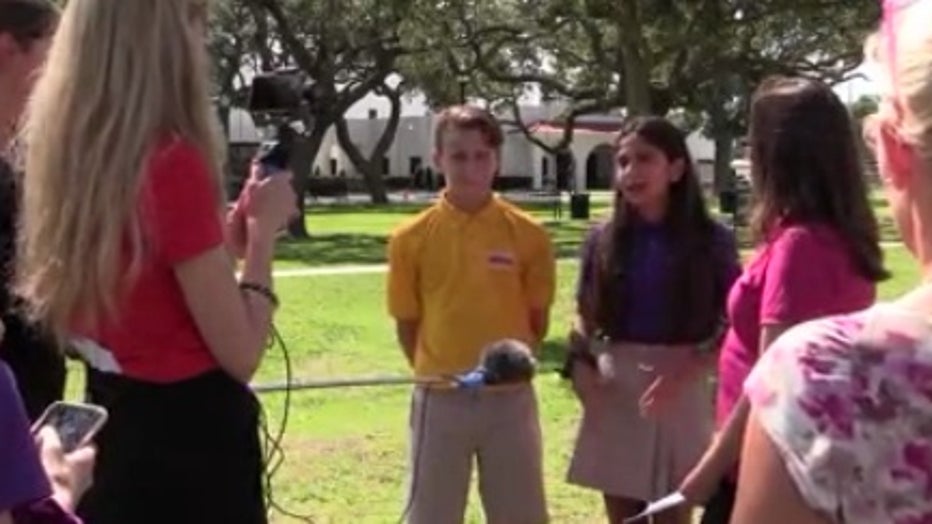 They’re only one of six schools across the world doing this.

“For the students, it’s huge because they get to do research just like us at NASA as a researcher,” NASA GLOBE project scientist Marile Colon Robles said.

NASA chose to do the Facebook Live at the school because the students have been collecting a lot of high-quality research for the organization.

Their work from the ground is paired with observations NASA takes from the sky.

“Together, you have a complete story and that’s another data set we can use to really understand what’s happening in our atmosphere,” Colon Robles said.

The students answered questions about their findings during their broadcast, which was seen by many people, including NASA employees.