WINTER GARDEN, Fla. - Two Florida dads are celebrating the latest addition to their family over zoom. After meeting their new baby boy in the hospital, COVID-19 forced the adoption to go digital.

It was back on New Year’s Eve, thousands of miles away, when Anthony Lach and Christopher More, a married couple of 10 years, got the call they had been waiting for.“

She said ‘alright book a flight to Arizona we need you there tomorrow morning,’” Lach said.

A little miracle instantly changed their world on the first day of 2020.

“As soon as we saw him I think both of us looked at each other and were like, ‘this is our child,’ Lach said. “No matter what happens in this NICU he’s coming home with us.”

Baby Parker was in the NICU for an inflamed lung giving him respiratory issues. He was on a CPAP and feeding tube. 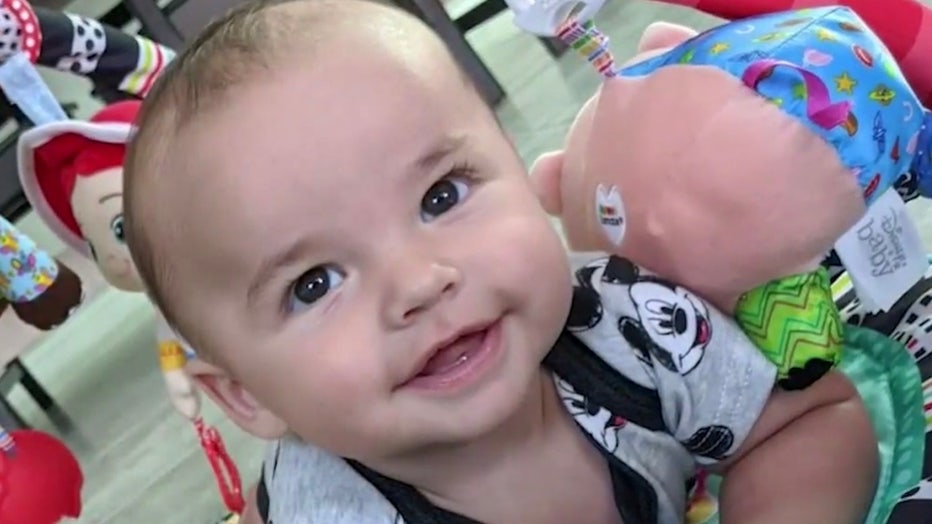 “They weren’t able to disclose the reasons why he was there because the legal paperwork hadn’t been submitted yet,” More said.

So with adoption papers signed, they spent the next nine days in the NICU with Parker, watching him defy the odds. They finally flew home to Florida as a healthy family of three.

“Little did we know that something as big as COVID would be coming along in a matter of months,” Lach said.

These two new dads took time off from work at Disney for paternity leave, but the pandemic changed everything. Both of them furloughed and collecting unemployment.

“Spending every day with him and watching him grow kinda keeps up positive throughout this,” More said.

Even their official adoption ceremony at the courthouse had to be put on hold. But by May, virtual adoptions went online. A Zoom call along with 25 of their closest friends and family were part of the moment. Parker Terrence Lachmore became their legal son. His last name a combination of his two fathers – Lach and More.

“After we actually had the call, we had a parade outside our house where a bunch of family and friends came and just celebrated Parker’s life with us,” More said.

“I’m really excited to kinda take him to a theme park and go and experience a zoo and all the stuff I can’t wait to show him and experience with us,” More said.

Shortly after the family of three returned to their home in Winter Garden, they learned the baby boy has a three-year-old half-sister who was also adopted and living less than 30 miles away in Winter Park.

Both families have met and said they plan to be in each other’s lives forever.