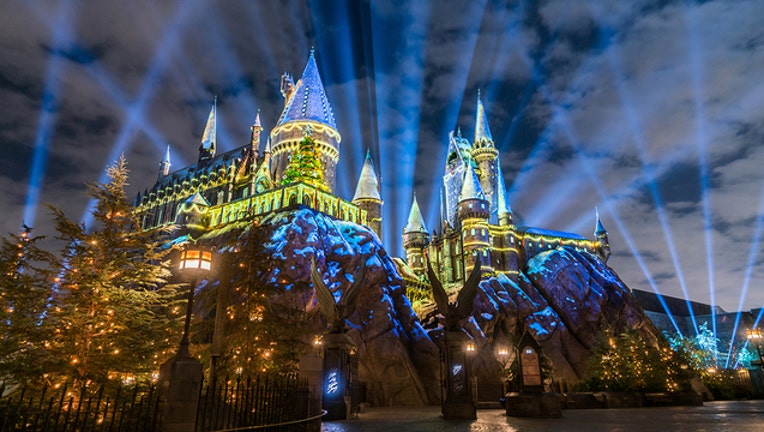 ORLANDO, Fla. (WOFL FOX 35) - Universal Orlando Resort unwraps its annual holidays celebration this weekend, featuring “The Magic of Christmas at Hogwarts Castle”and the mean, green one himself, The Grinch.

The Wizarding World of Harry Potter will transform into a wonderland with themed decorations, garlands and lights throughout the streets of Hogsmeade and Diagon Alley. Guests can enjoy special holiday-themed performances and seasonal food and beverages, such as hot Butterbeer.  At night, guests can witness a light show projected onto Hogwarts castle.

Universal’s Holiday Parade features Macy’s at Universal Studios Florida – including more than 30 larger-than-life balloons and floats, hundreds of performers and more – with Santa Claus, the Minions and other beloved characters from Despicable Me, Shrek and Madagascar

Guests can ring in 2019 with style at Universal Orlando with various New Year’s Eve celebrations that offer something for everyone. Universal Studios Florida will host its biggest New Year’s Eve celebration at the Music Plaza Stage and Central Park areas of the park. Guests 21 and up can enjoy the ultimate upscale party at EVE at Universal CityWalk, where they get access to six CityWalk clubs with live bands and DJs, and unlimited gourmet cuisine.