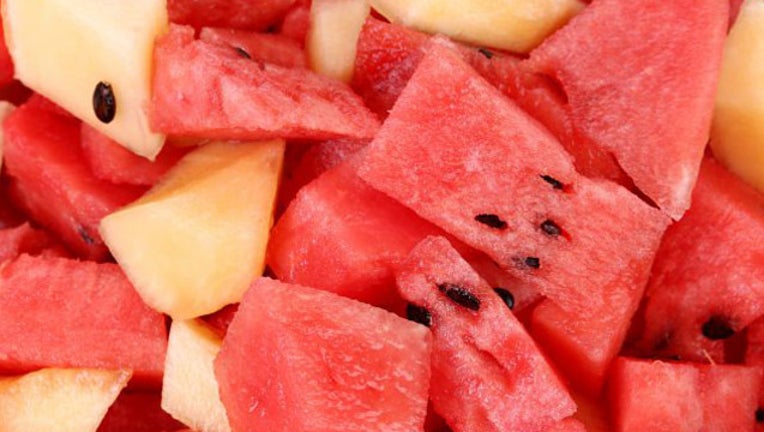 ATLANTA - The CDC has issued a warning after a group of pre-cut melon products may have led to the hospitalization of over 30 people for salmonella infections.

The CDC said that Caito Foods LLC recalled a selection of watermelon, honeydew, cantaloupe, a fruit medley on June 8. Each of their products contained at least one melon produced at the company's facility in Indianapolis, Indiana.

Those products have now been linked by officials to a rash of salmonella infections around the county. The CDC said that 60 people have reportedly been infected with a strain of Salmonella Adelaide, with 31 people hospitalized.

So far no one has died from the infection.

However, in a statement a Kroger spokesperson said, "Pre-cut melon and pre-made fruit salad with melon sold in Kroger stores in Georgia are not affected by the recent recall by the Centers for Disease Control and Prevention." Kroger's pre-cut melon and pre-cut fruit salads sold in Kroger stores in Georgia are sourced from a different supplier, according to Kroger's Atlanta division corporate affairs manager Felix Turner.

If you have purchased any fruit that may have been connected with the recall, the CDC is asking that you throw it away immediately.

"If you don’t remember where you bought pre-cut melon, don’t eat it and throw it away," the CDC said in a statement.