The man was left pretty badly burnt, his rescuers said.

ORLANDO, Fla. - Rick Myers and Sebastian Simcoe were in the right place at the right time, as they saved a man's life after a fire broke out in his home.

Rick and Sebastian were working on a dock and wrapping up their day when they noticed something was wrong in the neighborhood next door. Myers said that they saw some smoke coming from the house, with flames about five to six-feet high.

The fire was on the other side of a fence, so Rick and Sebastian went through a gate to get onto the property. They said they kicked the door open while on the phone with police and went into the Peninsular Drive home, which was full of smoke and flames.

Rick told FOX 35 Orlando that the man suffered terrible burns and "was in fetal position laying next to a bed that was completely in springs by that point. Burnt up pretty bad."

Rick and Sebastian said it was difficult to breathe as they carried out the victim, but thankfully "I happened to have my mask on me -- my COVID-19 mask -- that happened to help too." 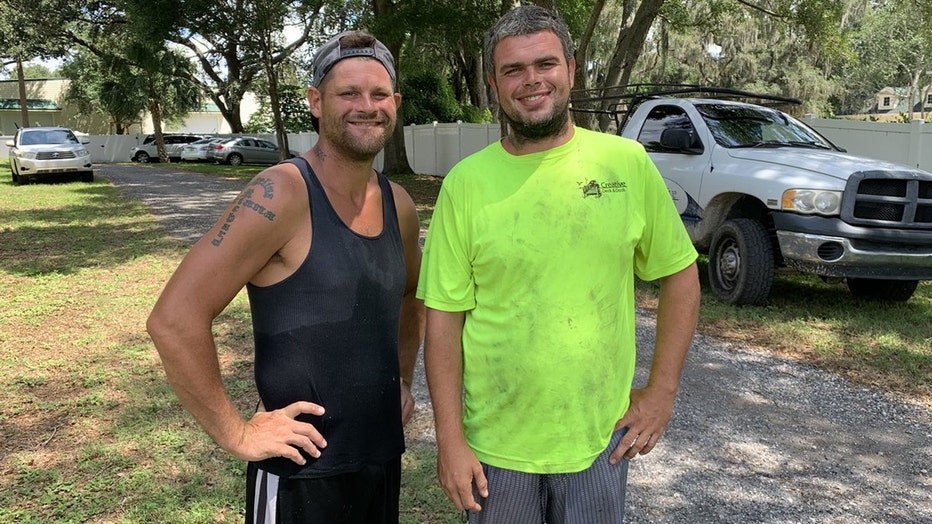 Sebastian said that if they had gotten there "5 minutes later, it would have been bad. I hope he’s okay."

However, while timing is everything in life, they insisted that they are not heroes. They just did the right thing at a time when it was needed.

Rick even said that "anybody that can help a person out is probably the right thing to do at this time. There’s too much going on out there."