16-year-old Brad Levi Ayala was shot in the head with a "less-lethal" bean-bag round by an Austin police officer Saturday. Edwin Ayala called into the special meeting to share what it was like for his mother and him to learn about Levi's condition.

Edwin told the council that his brother had been at work at Jersey Mike's Subs and was checking out what was going on when he was hit in the head.

"He underwent surgery that night, we [Edwin and his family] didn't even know until he got transferred to Dell Children's," Edwin said. "When my mom heard, we drove to the hospital, and on the car ride there, my mom got lost and we couldn't even find the place because she was just so in shock."

Edwin said that doctors told him and his mother that Levi had a puncture in his head and a risk of internal bleeding that they didn't even know about until they got the teen into surgery.

Several incidents have led to an investigation and a discussion over the use of force by the Austin Police Department. FOX 7 Austin's Tierra Neubaum has details on the meeting.

DOWNLOAD THE FOX 7 AUSTIN NEWS APP FOR YOUR MOBILE DEVICE

He said the doctors thought it was a rubber bullet that struck Levi, so they left it in for hours. Once they performed the surgery, they determined it was actually a bean bag that struck Levi.

"It actually created a very large wound, a very large hole on his forehead, not only that, it had penetrated the skull, it had fractured it and dented it into the brain and left a large confusion, which is much more dangerous than a concussion," Edwin said. "His pre-frontal cortex is damaged, he has problems now managing his emotions because that part of his brain is damaged."

Edwin broke down further, sharing about Levi's treatment and the seven-hour-long surgery. "The fact is these bean bags are not innocuous, they are not less-lethal if they are shot at the head, which is what we suspect what was going on," Edwin said.

Through tears, Edwin said they just want answers and more transparency from the police and asked for anyone who was there to provide footage of what happened to Levi.

He repeated that the bean bags were not less-lethal, adding that doctors told him that it would have been better had Levi been shot with a rubber bullet, as there would have been a lower risk of infection, a shorter surgery, and a smaller puncture wound.

"I'm right here with him, but it's so hard. It's so hard for the family, can't even imagine what he's going through," Edwin cried.

APD Chief Manley was asked what APD is doing to make sure what happened to Brad Levi Ayala never happens again.

Councilmember Greg Casar stepped in to ask Chief Brian Manley about what APD is doing to make sure what happened to Levi does not happen again. 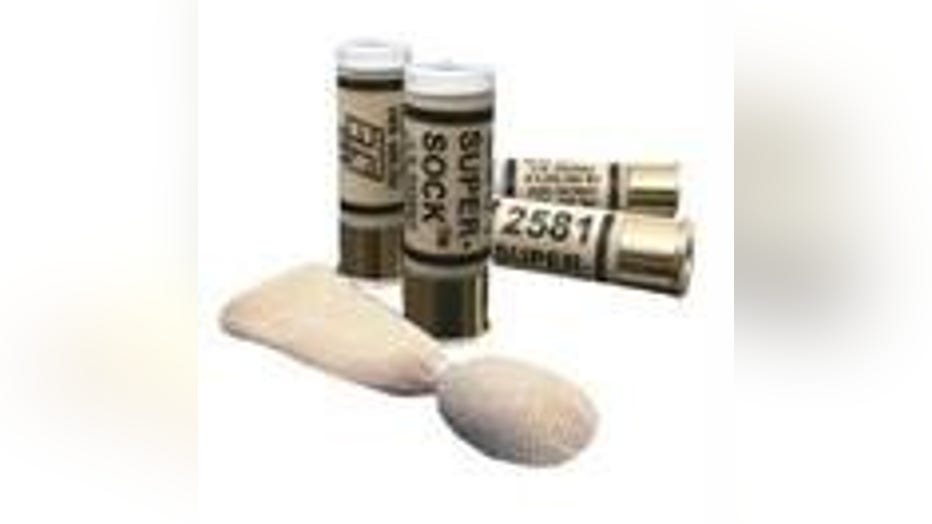 The bags are made from cotton Kevlar and are filled with 40 grams of #9 pellets, and are intended to be a direct fire impact munition. APD says that prior to June 1, the department used Def-Tec 12 gauge bean bag munitions. The change was made to CTS as the vendor was not able to fulfill additional orders.

A GoFundMe has been set up for Levi Ayala's recovery.