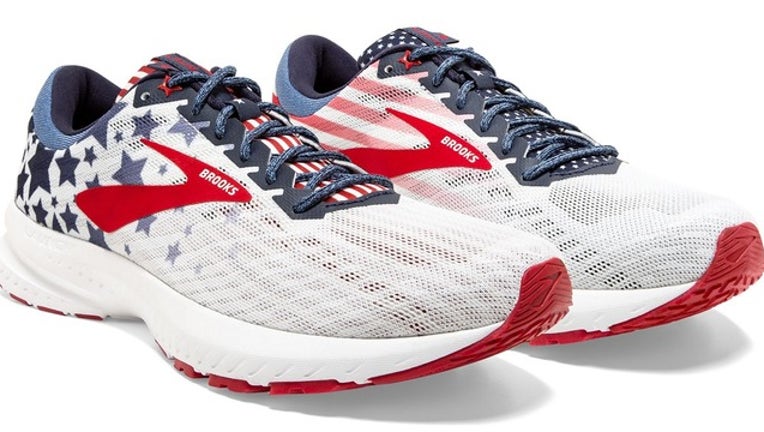 ORLANDO, Fla. (FOX 35 ORLANDO) - You may not be able to get your hands on Nike's 'Betsy Ross flag' sneakers, but Brooks Running has another option for patriotic customers.

The shoe was released at the end of June---about two weeks before competitor Nike canceled the release of its 'Betsy Ross flag' sneakers, Fox Business reports.

Nike made headlines after its Betsy Ross flag shoes were supposed to go on sale, but the company nixed the design after former NFL quarterback turned activist, Colin Kaepernick, said he and others felt the shoes were an offensive symbol because of its connection to an "era of slavery."

The move sparked outrage among many consumers and lawmakers.