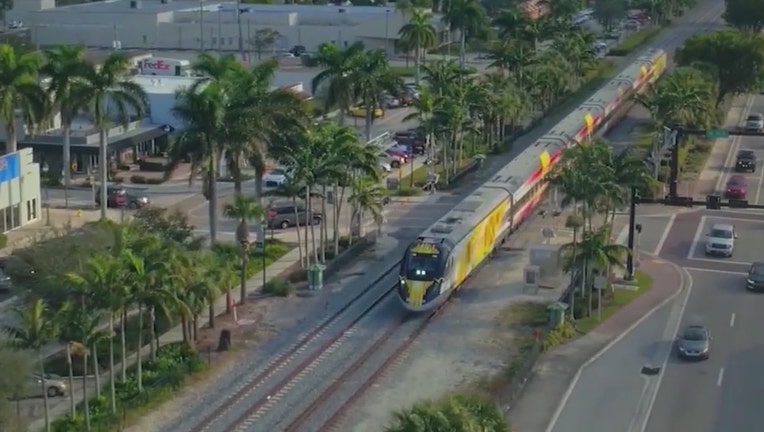 LAKE MARY, Fla. - Brightline says it has just finished testing of its higher-speed trains this week along new tracks in Martin and St. Lucie counties. The testing, which requires the trains to achieve a maximum speed of 110 mph, will continue through the weekend.

"Stay off the tracks and never go around crossing gates," Brightline said in a statement sent to FOX 35 News. "Drivers, pedestrians, and cyclists should be aware that rail traffic will run on BOTH tracks in BOTH directions. Failure to follow the law could result in fines, points on your license, or loss of life."

The 110-mph testing, in preparation for opening to Orlando in 2023, will occur in phases along the 129-mile rail corridor between West Palm Beach and Cocoa, through Palm Beach, Martin, St. Lucie, Indian River, and Brevard Counties.