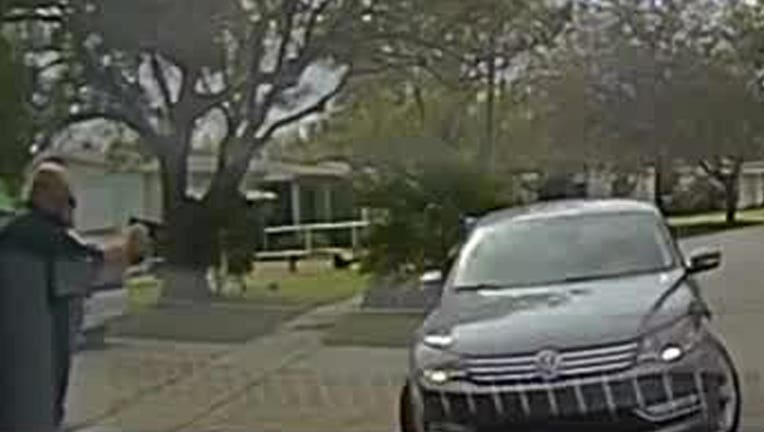 LAKE MARY, Fla. - A sheriff's deputy from Brevard County who was involved in the deadly shooting of two teenagers has now died.

The shooting occurred last November in Cocoa when the teens, 16-year-old Angelo "AJ" Crooms and 18-year-old Sincere Pierce, drove at Deputy Japhet Santiago Miranda, according to the Brevard County Sheriff's Office. He shot at him multiple times, killing both teens.

Dashboard camera video captured the moment as the deputy is seen with his gun drawn yelling, "Stop the vehicle! Stop! Stop!"

Then in the background is the voice of Cynthia Green, Sincere Pierce’s grandmother.

According to the Florida Department of Law Enforcement (FDLE) report, a deputy attempted to stop the gray Volkswagon with dark-tinted windows that morning, but it fled. The deputy checked the plates and was told by dispatch that the car had been reported stolen.

More deputies, including Deputy Miranda, were radioed in to assist. Soon, after spotting the suspected stolen vehicle, they followed it with lights flashing for several streets until turning to block the road as the car pulled in and out of a driveway.

Deputy Miranda told investigators when the vehicle did not obey his commands and accelerated toward him near the curb, he feared for his life and discharged his weapon.

The shooting was considered justified by authorities.  State Attorney Phil Archer said under Florida Law there is no duty to retreat and said the deputy was stepping backward vas he was firing at the 3,000-pound deadly weapon coming toward him.

According to the FDLE report, Deputy Miranda and the other deputies on the scene were the first to render aid to the teenage boys with gunshot wounds.

Miranda's sister found him dead in a bathtub on Sunday morning, and on Wednesday, the 911 call was released.  The cause of death has not been made public.