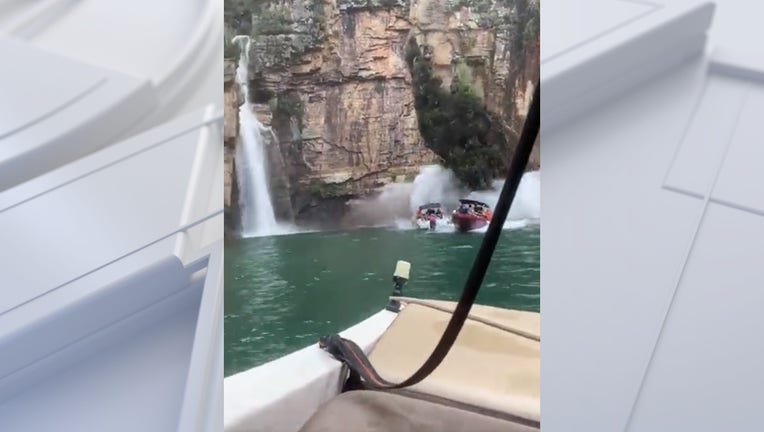 FOX NEWS - At least two people are dead and several injured after a massive rock formation collapsed on top of three boats in Brazil in an incident that was captured on video and posted on social media.

Brazilian authorities have confirmed the incident which happened in the city of Capitolia in the Brazilian state of Minas Gerais on Saturday, according to New York Daily News.

In the video posted on Twitter, a large portion of a cliff can be seen crashing into the water at a popular tourist attraction along the Rio Grande river, directly on top of several boats as horrified onlookers screamed.

The Brazilian news portal G1 reports that firefighters believe a sudden downpour of rain caused the rocks to become dislocated and fall into the river.

At least 15 people have reportedly been injured and it is believed that each boat involved was carrying 12 to 20 people, including children.

Rovilson Teixeira, who has worked in the area for six years, told the Brazilian outlet OTempo he has never seen anything like it.

"We are all stunned, nobody knows how many victims, but I can already tell you that there were not one or two deaths, but many deaths," he said. "There are a lot of hurt people. The region is full of ambulances that have come from other areas to pick up the victims, but no one yet realizes the scale of the tragedy here."

Brazilian newspaper Folha de S.Paulo reports that the two people who have died are men but they have not been identified.