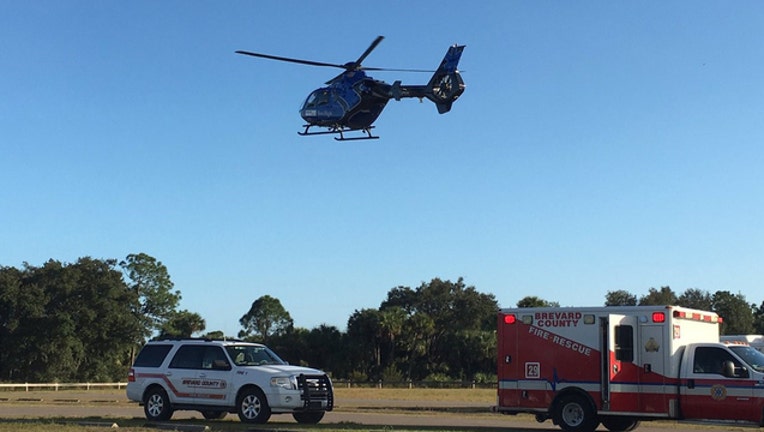 PORT ST. JOHN, Fla. (WOFL FOX 35) - A Brevard County child was airlifted by helicopter to a hospital in Orlando after being struck by a truck in Port St. John.

Authorities said the incident happened in a wooded area near Port St. John Parkway at Golfview Avenue.  That child, identified as a 10-year-old boy, was transported as a trauma alert.

"Witnesses report that a 10-year-old boy was struck by a White Chevy SUV in a mud pit," said Lt. Kim Montes, with the Florida Highway Patrol.

Montes said the child was flown to Arnold Palmer in stable condition.  The extent of the child's injuries were not immediately known.