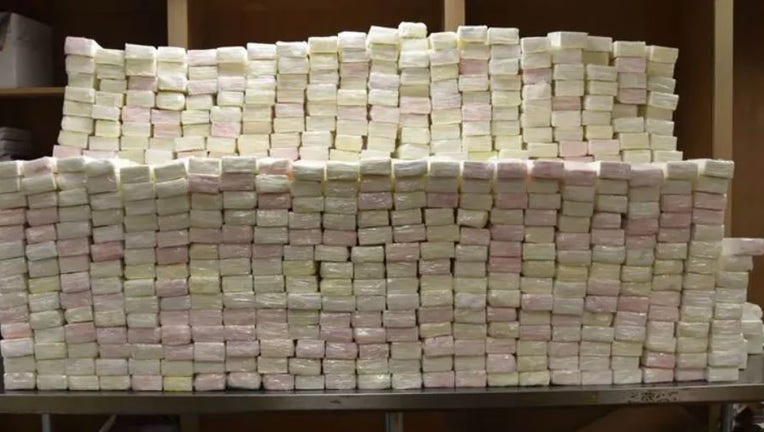 The seizure happened Friday at the Colombia-Solidarity Bridge near Laredo when a U.S. Customs and Border Protection (CBP) officer referred a 2016 Stoughton trailer for a secondary inspection, CBP said in a news release on Monday.

The trailer’s manifest said it was hauling baby wipes, but a canine and non-intrusive inspection found a trove of illicit narcotics — 1,935 packages of cocaine, CBP said. 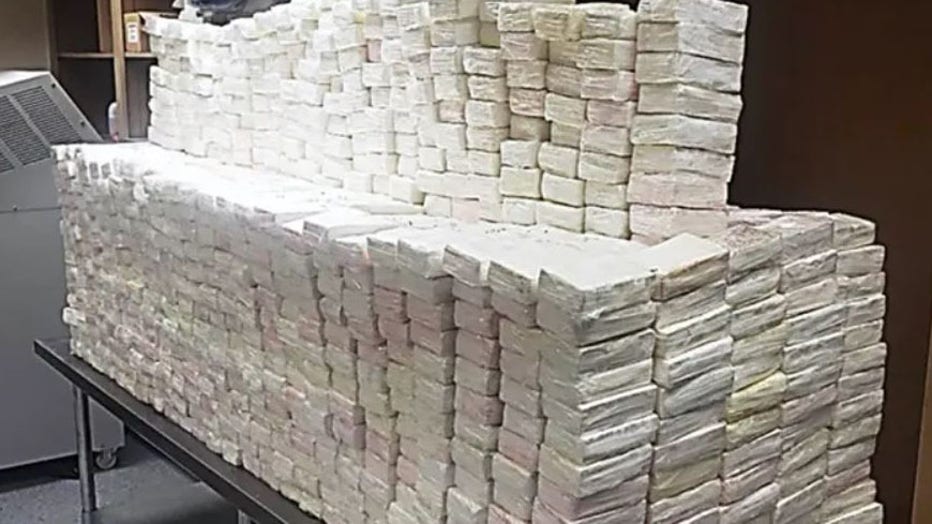 The 1,935 packages of cocaine weighed 1,532.65 pounds, according to officials. (U.S. Customs and Border Protection)

"This seizure is a prime example of border security management and how it helps prevent dangerous narcotics from reaching our communities," said Port Director Alberto Flores, Laredo Port of Entry.