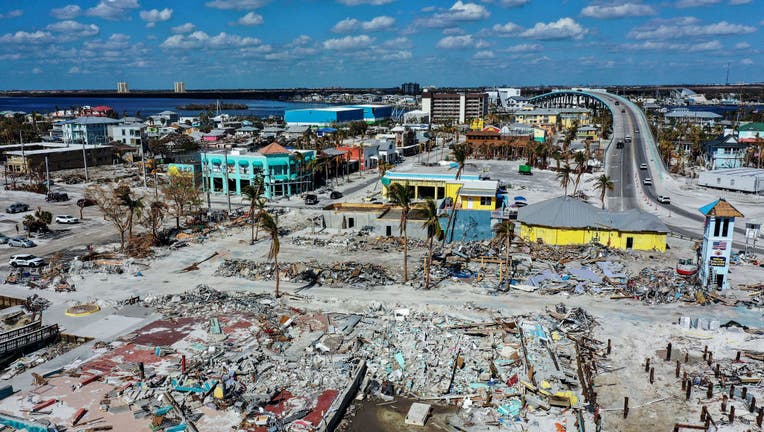 FORT MYERS BEACH, FLORIDA, UNITED STATES - 2022/10/30: (EDITOR'S NOTE: Image taken with drone)In this aerial view, the heavily damaged area near the pier in Fort Myers Beach, Florida is seen a month after Hurricane Ian made landfall on September 28 a

FORT MYERS, Fla. (AP) - The remains of a Florida woman missing since Hurricane Ian destroyed her home in September have been identified, a sheriff said Thursday.

Knes was positively identified by dental records and authorities say she drowned. The remains of her husband, 81-year-old Robert Knes, were found shortly after the storm struck.

"She was one of two people still missing from Hurricane Ian," Marceno said. "I hope this discovery can bring the family some closure."

The other person missing in Lee County since the hurricane blasted ashore Sept. 28 is James Hurst, 72, the sheriff said. Hurst told family he would ride out the storm on his sailboat off Fort Myers Beach but was not heard from again.

Before the discovery of Knes’ remains, the Florida Medical Examiners Commission on Tuesday reported 145 confirmed deaths in the state from Hurricane Ian. This would add to that total.

There were also five people killed in North Carolina, one in Virginia and three in Cuba, authorities have said.