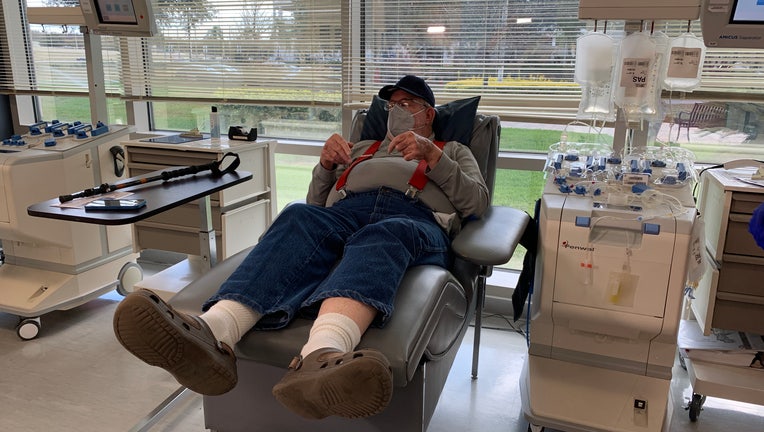 "It was the urgency of the need that brought me in," he said, "I try to donate whenever I am eligible."

The American Red Cross says they're "facing a national blood crisis – its worst blood shortage in over a decade." The Red Cross says it's the omicron variant of COVID-19 that's led to this unprecedented shortage.

Oneblood's Susan Forbes says they're seeing it, too. OneBlood, a non-profit, supplies blood to hospitals in the southeastern United States.

"Our donor base has been disrupted and the traditional venues for blood drives aren't there for us - still! Almost two years later," Forbes said.

Schools and businesses that have held blood drives in the past aren't anymore. Forbes says that alone has taken a 20 percent chunk out of their supply.

"Now we have a surge in cases, that's disrupted the donor base further."

Forbes says there's a particular need for type "o-negative" blood, which anyone's body can accept, but just seven percent of the population has. She says hospitals are in constant contact about what they need.

"They are able to manage their supply and what we're sending, because it's a two-way communication at all times at our hospitals know what we have, and we update them on a regular basis."

To help drive home the need, OneBlood has a new feature. Now, donors can find out where their blood is heading to help sick patients, and they may even get a response from someone they've helped.

To learn more about how to donate or how to host a blood drive, visit OneBlood's website here.