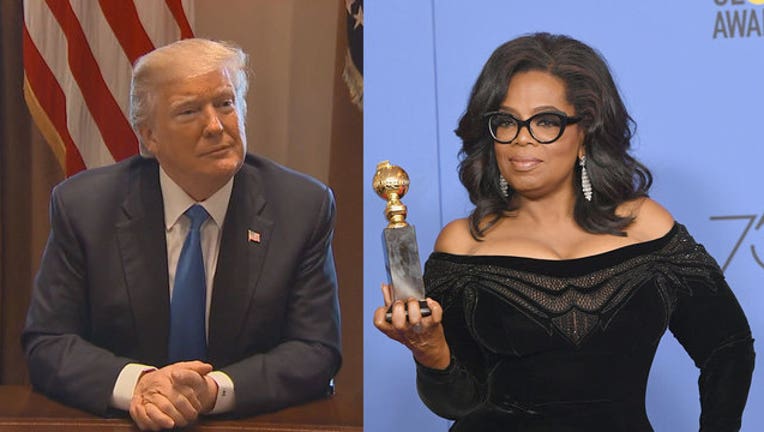 FOX NEWS - HBO host Bill Maher argued on Friday that there was a good chance former Vice President Joe Biden would ruin a 2020 bid and that talk show empress Oprah Winfrey was the only sure bet for beating the president.

He argued that Oprah "checks all the boxes" needed to beat Trump: she would energize the African American base, galvanize women, and wouldn't "scare" white men.

"If Oprah's running, don't get in the way of women on election day or you'll be seeing the color purple," Maher said in a play off of one of Winfrey's movies.

He went on to argue that like President Trump, Winfrey had the advantage of being in people's living rooms for decades. "This is now a 'as seen on TV kind of country,'" Maher asserted.

At the beginning of that segment, Maher ran through a list of leading Democratic candidates and ticked off reasons why they faced questionable prospects in a general election against Trump.

"I like Joe," Maher said, referring to the frontrunner, "but if we give him the keys, there's at least a 50 percent chance he gets in the car and mows down a farmer's market."

Speculation has swirled around Winfrey for a potential 2020 run, although she has made it clear that she wasn't interested in the fight. “I know my path and my path isn’t that,” she said in April.