WILMINGTON, Del. - President-elect Joe Biden is set to unveil his economic team Tuesday amid growing concerns about the pace of the nation's economic recovery as governments reimpose restrictions to curtail the surging coronavirus pandemic.

Biden has assembled a team of liberal advisers who have long focused on the nation’s workers and government efforts to address economic inequality, as unemployment remains high and as the COVID-19 outbreak widens the gulf between average Americans and the nation's most well off. The virus, which has killed more than 268,000 Americans, is resurgent across the country amid holiday travel and colder weather sending people indoors.

Janet Yellen, announced Monday as Biden’s nominee for treasury secretary, served as chair of the Federal Reserve from 2014 to 2018, when she placed a greater emphasis than previous Fed chairs on maximizing employment and less focus on price inflation. Biden also named Cecilia Rouse as chair of his Council of Economic Advisers, and Heather Boushey and Jared Bernstein as members of the council.

All are outspoken supporters of more government stimulus spending to boost growth — which Biden embraced on the campaign trail — though their proposals could face a difficult reception in Congress, which has stalemated on a new round of economic relief for months now. 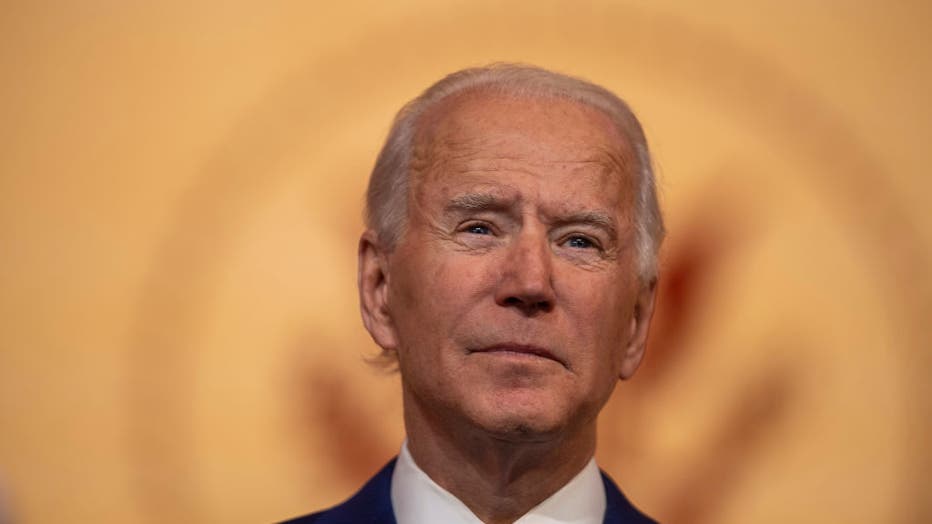 The prospects for a large-scale deal could hang on the outcome of runoff elections for both Georgia Senate seats. Victories in both would give Democrats control of the chamber — and its agenda —- by the slimmest of margins, but Republican victories will quickly test Biden and his team's ability to negotiate across the aisle to deliver on their promised relief for Americans.

The event comes a day after Federal Reserve Chairman Jerome Powell said that the pace of improvement in the economy has moderated in recent months with future prospects remaining “extraordinarily uncertain.”

In remarks released by the Fed on Monday, Powell said that the increase in new COVID-19 cases both in the United States and abroad was “concerning and could prove challenging for the next few months. A full economic recovery is unlikely until people are confident that it is safe to reengage in a broad range of activities.”

It also comes as Steven Mnuchin, President Donald Trump's treasury secretary, announced last month that over the objections of the Fed that he would not grant extensions for five lending programs being operated jointly by the Fed and the Treasury Department that are scheduled to expire on Dec. 31, including backstops for corporate and municipal debt and the purchase of loans for small businesses and nonprofits.

Biden also selected Wally Adeyemo to be Yellen’s deputy, which would make him the first Black deputy treasury secretary. Rouse, Tanden and Adeyemo will all require Senate confirmation, and Tanden in particular is already drawing heavy Republican criticism.

Some Republicans panned the announcement of Tanden after she spent years attacking GOP lawmakers on social media — and some doubted she would be able to secure confirmation.