WASHINGTON - President Joe Biden on Tuesday announced his first slate of judicial nominees, made up of a diverse group with a range of backgrounds, to serve as federal district or appeals court judges.

In a statement, Biden called his 11 nominees "the very best and brightest minds of the American legal profession."

The group includes three Black female nominees for circuit court vacancies and candidates who, if confirmed, would be the first Muslim American federal judge in U.S. history, the first Asian American woman to serve on the U.S. District Court for the District of D.C., and the first woman of color to serve as a federal judge in Maryland.

"Each is deeply qualified and prepared to deliver justice faithfully under our Constitution and impartially to the American people — and together they represent the broad diversity of background, experience, and perspective that makes our nation strong," the White House statement reads. 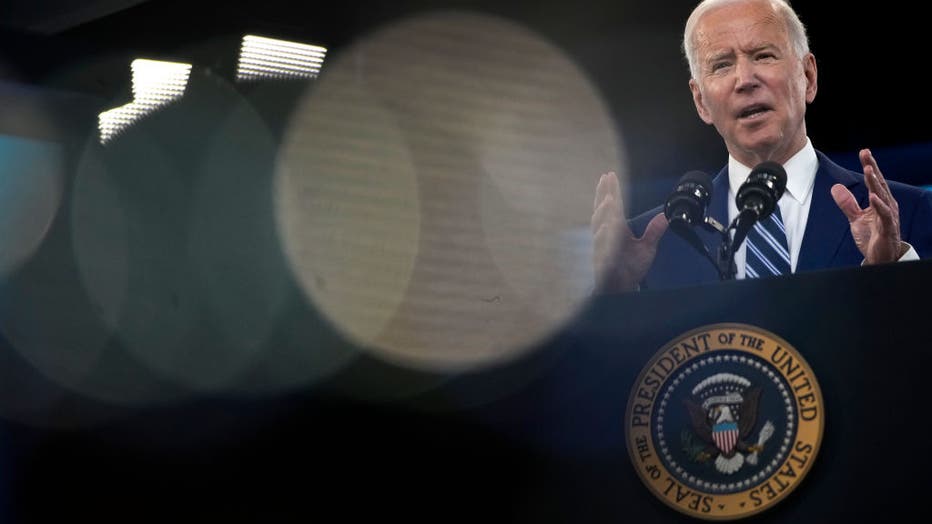 WASHINGTON, DC - MARCH 29: President Joe Biden delivers remarks on the COVID-19 response and the state of vaccinations in the South Court Auditorium at the White House complex on March 29, 2021 in Washington, D.C. (Photo by Drew Angerer/Getty Images)

The nominees have a wide range of legal backgrounds, including public defenders, prosecutors, jurists and those who served in the military and in the private sector, the statement adds.

Among the nominees is Judge Ketanji Brown Jackson for the U.S. Court of Appeals for the District of Columbia Circuit, who would fill Attorney General Merrick Garland's former seat. The D.C. Circuit is considered the second-highest court in the land and a stepping stone to the U.S. Supreme Court.

Jackson, a graduate of Harvard Law School, has served on the U.S. District Court for the District of Columbia since 2013.