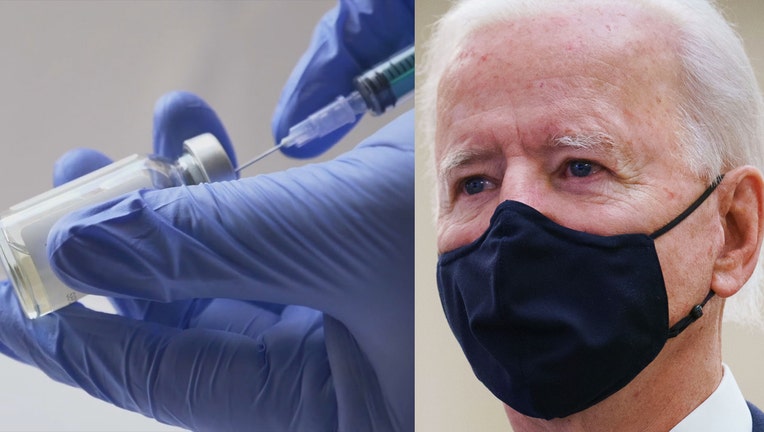 The new head of the Center for Disease Control (CDC) said Sunday that the U.S. has to "go faster" than the Biden administration's current goal of 100 million coronavirus vaccinations in 100 days.

Dr. Rochelle Walensky acknowledged that the administration faces certain constraints in its "race" against the virus.

Walensky stressed that the picture is optimistic, with the Johnson & Johnson vaccine set to be approved in the weeks ahead, and that a fourth vaccine could be approved shortly after that.

Biden's nominee for Surgeon General, Dr. Vivek Murthy, echoed the sentiment that the administration's vaccination goal is on the low side.

"That’s a floor, that’s not a ceiling," Murthy told "This Week" host George Stephanopoulos on ABC. "We've got to increase supply, which we can do using the Defense Production Act, but we have to set up distribution channels like mobile units that can reach people."

The need for vaccinations has increased as new variant strains of COVID-19 have appeared across the world: the U.K. strain of the virus has proven to be more contagious and possibly more virulent.

The U.K. strain has appeared in almost two dozen states in the U.S. So far, no other strains have appeared, but some believe that it is only a matter of time.

When asked if the administration feels pressure to vaccinate more people as new strains appear in the U.S., Walensky said that the pressure has not changed.