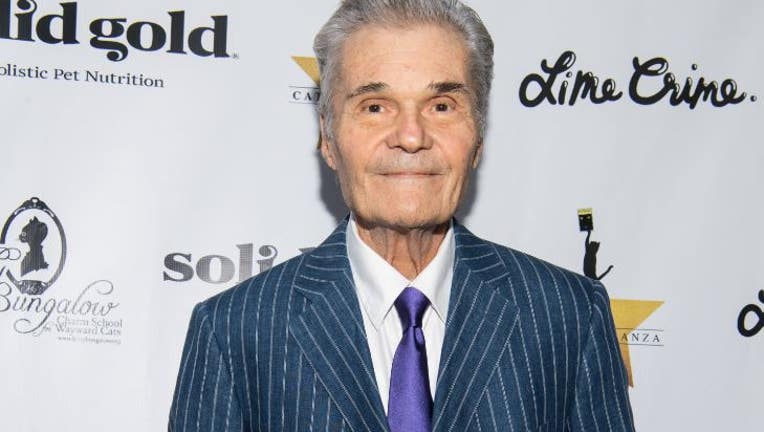 LOS ANGELES - Legendary comedian and actor Fred Willard has passed away, according to TMZ.

He was 86-years-old. Willard’s daughter, Hope Mulbarger, said in a statement Saturday that her father died peacefully Friday night. The cause of his death has not been released.

“He kept moving, working and making us happy until the very end,” Mulbarger said. “We loved him so very much! We will miss him forever.”

Willard was rarely a leading man or even a major supporting character. He specialized in small, scene-stealing appearances.

He appeared in hit shows like 'Family Matters,' 'Married with Children,' 'Modern Family,' 'King of the Hill,' and so much more.

His co-star on Modern Family, Jesse Tyler Ferguson, went on Twitter to say “You will always be a true original and I am so honored that our lives intersected. No one will ever come close to replacing your genius.”

Willard was a four-time Emmy nominee for his roles in “What’s Hot, What’s Not,” “Everybody Loves Raymond,” “Modern Family” and “The Bold and the Beautiful.”

Fellow comedian Steve Carell wrote on Twitter “Fred Willard was the funniest person that I've ever worked with. He was a sweet, wonderful man.”

Willard’s death comes nearly two years after his wife Mary Willard died at the age of 71. She was a playwright and TV writer, earning four Emmy nominations.