Orlando's Beefy King is cleaning up and trying to reopen after a fire.

ORLANDO, Fla. - Beefy King is still cleaning up after an alleged arsonist set the iconic restaurant on fire.

Investigators late Tuesday announced the arrest of 35-year-old John Huff, who is accused of starting the blaze early Tuesday morning at the business located at 424 North Bumby Avenue in Orlando.

Firefighters responded to a blaze at the property around 1:45 a.m., which they said started near the exterior rear of the building. Crews were able to quickly extinguish the fire but not before the business sustained enough damage to shut down until repairs could be made.

"I was shaking. I was absolutely terrified,” said Shannon Woodrow, co-owner of Beefy King, explaining that she had received a call about the fire in the middle of the night.

"Based on the fire investigation, evidence, surveillance video, and witness statements, all accidental causes were ruled out and the fire was determined to be arson," said Ashley Papagni, a spokesperson for the Orlando Fire Department. 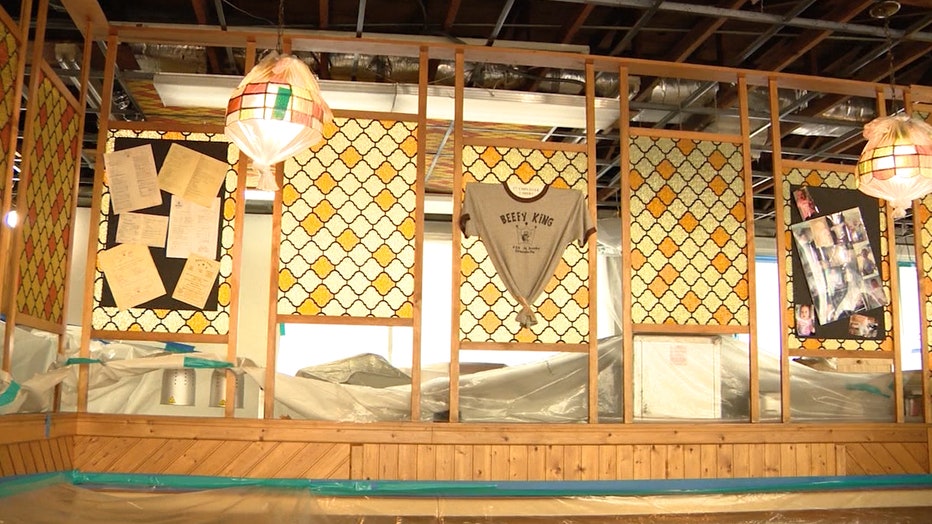 Crews were still making repairs on Thursday and plastic sheets could be seen covering the seats after the ceiling had been removed.

“Once we got more into it, we found smoke, soot, and damage from the water that was used," said Roland Smith, co-owner of Beefy King. "Now it turns out a minor fire has turned into a major problem actually.”

The owners say they still hope to reopen their doors early next week.