After losing homes and chunks of their property, some Florida residents living along the beach in Wilbur-by-the-Sea are hoping there’s a way to protect what’s left.

WILBUR-BY-THE-SEA, Fla. - After losing homes and chunks of their property, some Florida residents living along the beach in Wilbur-by-the-Sea are hoping there’s a way to protect what’s left.

Dan Epperson lost the dunes protecting his beachfront home and the deck connecting his property to the beach, but he’s one of the lucky ones in Wilbur-by-the-Sea. His house is still standing.

"Ken who lost his house had a contractor who put in a temporary sea wall with all best attempts following the letter of the law, and it wasn’t sufficient, so you saw what happened," Epperson explained. 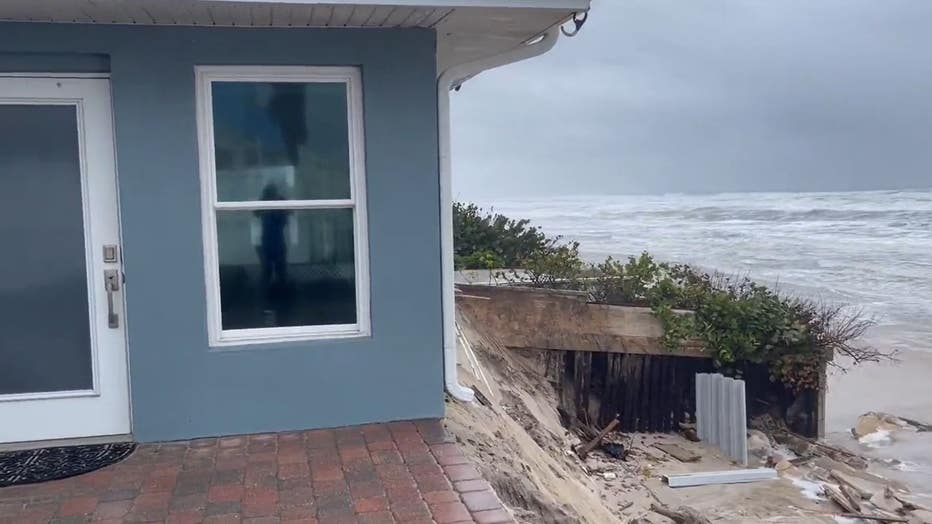 He shared pictures with FOX 35 News of the sea grapes that used to help keep the dunes behind his home in place.  "Hurricane Ian took out the vegetation that was protecting his house and washed out the end of the neighbor’s sea wall, then Nicole came along and completely scarfed everything underway beneath that," Epperson said.

He said he and his neighbors have been asking for permission to erect a seawall behind their homes but the Florida Department of Environmental Protection (DEP) keeps rejecting his plans.  "And, so it’s been challenging, frustrating," Epperson said.

He just wants a fix before he’s got nothing left to protect.  "Whether it’s rocks or vegetation or armory or whether it’s a sea wall, I don’t really know or care as much as I do as what’s appropriate for the situation. I know that a seawall is hard on the sea life, but I also know that the vegetation was obviously ineffective. So, is there something in between? I don't know. That’s what I hope people in power tell us," Epperson said.

Last year, a state senator and a state representative from Volusia County sponsored bills to make it easier for beachside residents to build and repair sea walls.  That legislation didn't make it past the Environment, Agriculture, and Flooding subcommittee.