Whale euthanized after beaching itself on New Smyrna Beach

SeaWorld researchers told FOX 35 that they examined the whale and found evidence of heart failure.

NEW SMYRNA BEACH, Fla. - A male pygmy sperm whale that was humanely euthanized after being found washed ashore in New Smyrna Beach on Friday was found in poor health, according to marine officials.

According to researchers at the Hubbs SeaWorld Research Institute, a full necropsy was performed and the whale was discovered to have a variety of parasites, liver and lung issues, as well as signs of cardiomyopathy which is commonly found in stranded individuals of this species. 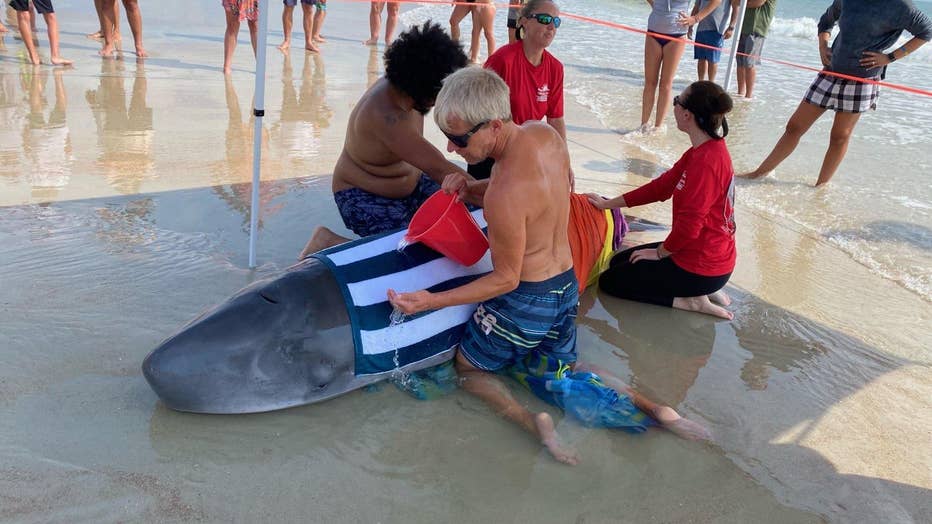