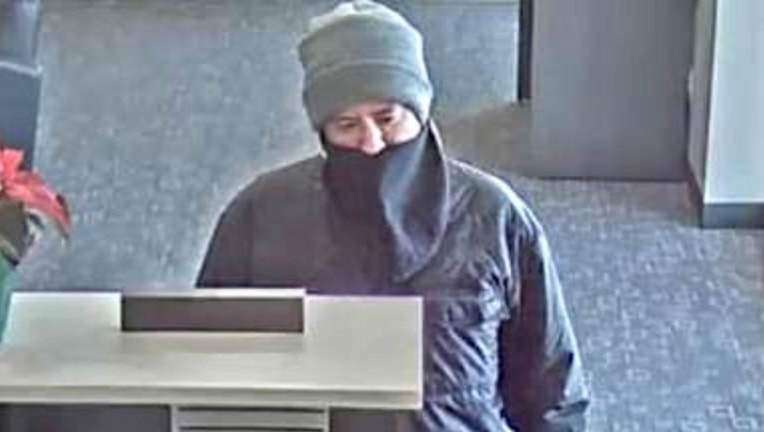 A man is accused of robbing several thousand dollars from the Ben Franklin Bank in Rolling Meadows on Feb. 9, 2019. | FBI

SUN TIMES MEDIA WIRE - A man has been charged with robbing a bank in northwest suburban Rolling Meadows and hiring a Lyft car to escape to O’Hare Airport.

Jonathan Decorah is accused of robbing almost $6,000 the Ben Franklin Bank of Illinois in the 3200 block of Kirchoff Road, according to a criminal complaint filed by the FBI on Monday.

Decorah, 43, of Arlington Heights, allegedly exited his hired Lyft car and entered the bank at 9:35 a.m. on Feb. 9, the complaint states.

He handed a teller a note that said, “Give me all the money or I’ll blow your head off. I got two guys outside with machine guns,” the complaint states. Decorah kept one hand inside his jacket.

Another employee saw Decorah from a distance and remembered him as a regular customer, the complaint states. The employee recognized Decorah’s crooked nose when it slipped from his mask.

The bank manager saw Decorah from a distance and recognized him, too, according to the complaint. The manager didn’t realize it was a robbery until the teller gestured that it was.

The manager stayed by a window and saw Decorah walk the cash to a white car idling with a ride-sharing sticker on the back and a someone sitting in the driver’s seat, the complaint states.

Decorah entered a rear seat and added O’Hare airport as his next destination, the complaint states. On the way to the United Airlines Terminal, Decorah asked his driver if there were any Chase banks on the way there. The driver said no.

The FBI said Decorah admitted to the robbery and to sending photos of the stolen money to a friend.

Decorah pleaded guilty twice to domestic battery in the last decade, according to Cook County court records. He has two theft convictions from the 1990s.