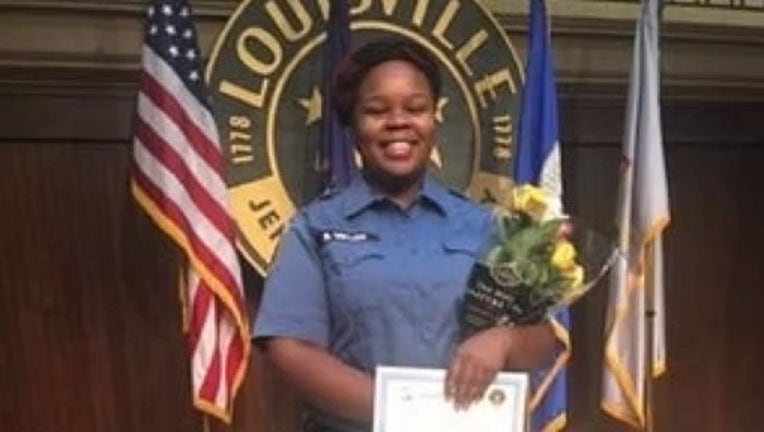 A Kentucky State Police ballistics report raises doubts about the claim that the boyfriend of Breonna Taylor shot at cops, according to a report.

Kentucky Attorney General Daniel Cameron said two officers were justified in firing their weapons because Taylor’s boyfriend, Kenneth Walker, had fired one shot at them.

The KSP report says “due to limited markings of comparative value,” the 9-mm bullet that hit and exited Sgt. John Mattingly was neither “identified nor eliminated as having been fired” from Walker’s gun.

Cameron said that Taylor was shot six times on the night of her death, but only one of the gunshots was fatal. Sgt. John Mattingly had entered the home after the door was broken down, and he was shot once in the leg by Walker, Taylor’s boyfriend. Walker has said he didn’t know the police were at the door, and he fired a “warning shot,” thinking it was an intruder. After Walker fired, Mattingly, Hankison and a third officer, Myles Cosgrove, returned fire, for a total of 32 gunshots fired by police.

Cameron said the fatal bullet was fired by Cosgrove, but added that Cosgrove and Mattingly were justified in the use of force because they were shot at first. Cameron said state law “bars us from seeking charges in Breonna Taylor’s death.” Cameron also said there was no conclusive evidence that any of Hankison’s 10 gunshots hit Taylor inside her home. But Hankison was charged with three counts of wanton endangerment for firing shots that went into another home with people inside.

A grand jury on Wednesday did charge one of the officers, Brett Hankison, with three counts of wanton endangerment for firing shots that went into another home with people inside. But jurors didn’t indict any of the officers on charges directly related to Taylor’s death.