LOS ANGELES - Who has what it takes to be the next viral baking sensation? It’s the premise behind Hulu’s new fast-paced competition series "Baker’s Dozen."

"Maybe someone is a little more seasoned than you are in a particular field or career, but if your passion is there it doesn’t mean you can never get there," Mowry-Housley, 43, said.

Each episode begins with 13 contestants and finishes with one lucky winner of a cash prize and the coveted Golden Rolling Pin. 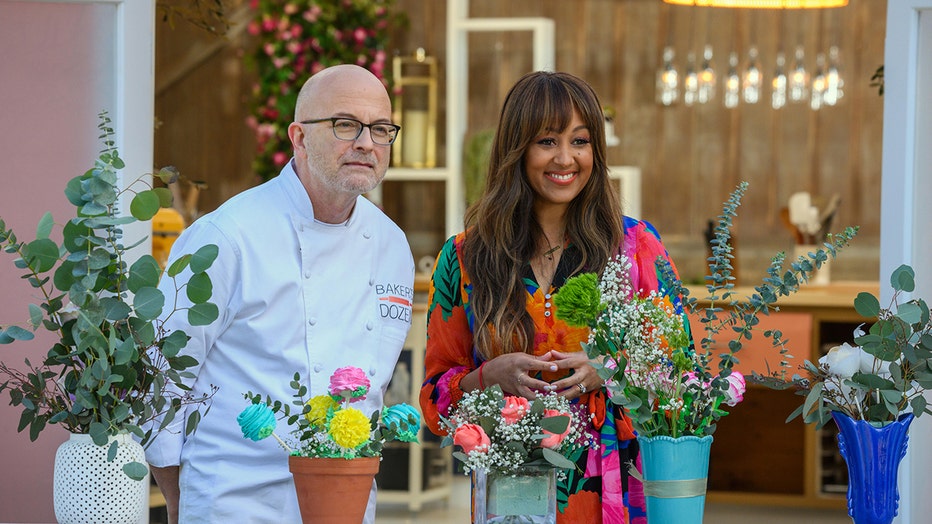 Still from "Baker's Dozen" on Hulu

Yosses, who is also a co-author of the book "Desserts For Dummies" said he hopes the show will get viewers into the kitchen.

"I would hope that people love to pick up a whisk and a spatula and bake at home," Yosses continued. "There are great examples of people who have been very successful in a short time."

The new series comes on the heels of Mowry-Housley’s recent debut on FOX’s "The Masked Singer."

Mowry-Housley, known for previously starring in the hit show "Sister Sister" with her twin sister Tia, was revealed as Seashell on season five.

"I haven’t sang on stage in over 20 years," she admitted during her exit interview with FOX. "The only time that I would usually sing is in the shower."

Now in the show’s sixth-season, Mowry-Housley said she still continues to watch the hit program.

"I’m watching the new season now. I love it," she said.

The Masked Singer: Season 5 (2020): "Celebrity performers, costumed to conceal their identities but dropping hints along the way, compete each week as one is eliminated and unmasked."

Things We Do for Love (2014): "A recently married couple struggle with life as newlyweds while sustaining a family owned business. And once their zany in-laws, move in, their lives are forever changed."