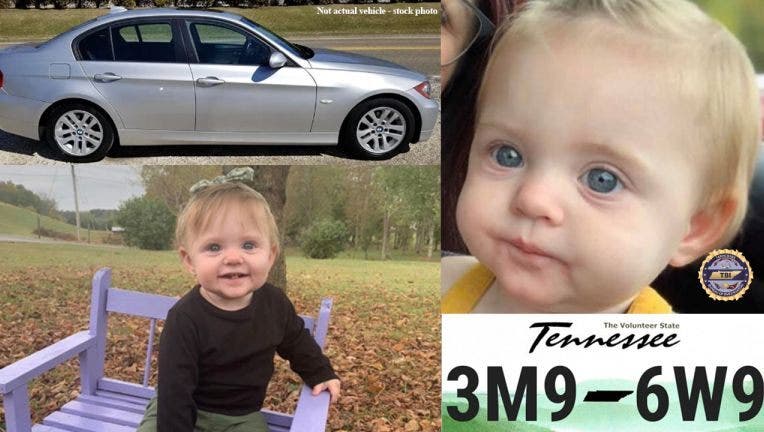 SULLIVAN COUNTY, Tenn. - The Tennessee Bureau of Investigation (TBI) has released new information in the case of a missing toddler who has not been seen in over two months.

TBI is now looking for a 2007 gray BMW with the Tennessee license plate 3M9-6W9. They say the vehicle has front-end damage. Authorities believe the people in that vehicle may have information on the whereabouts of 15-month-old Evelyn Mae Boswell.

An Amber Alert was issued this week for Evelyn who has not been seen by 'certain family members' for 2 months.

There is currently an active investigation in the search. In a release, the Sheriff's Office said that "the child’s mother, Megan 'Maggie' Boswell, has been involved in the investigation along with the father, Ethan Perry, who is active duty in the military, stationed in Louisiana.”

Evelyn has blue eyes and blonde hair. She weighs around 28 pounds. She was last seen wearing a pink tracksuit, pink shoes, and a pink bow.