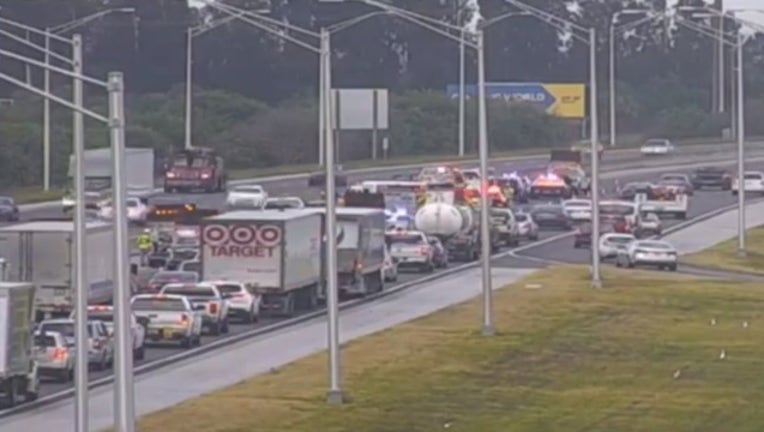 ROCKLEDGE, Fla. (FOX 35 WOFL) - There were heavy delays on Interstate 95 (I-95) near mile marker 19 on Monday morning, as there were several crashes on the Interstate in the Rockledge area.

The Florida Highway Patrol (FHP) says that troopers were at the scene of multiple crashes on I-95 near mile marker 196. The crashes are all northbound and involve at least 10 vehicles. However, only one person was reportedly transported with non-life threatening injuries.

The southbound lanes have since re-opened and traffic has cleared up.