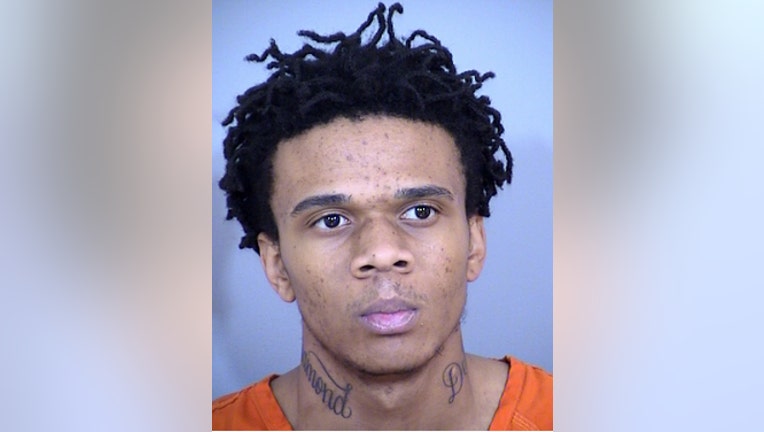 PHOENIX - Police say an Arizona man is in a lot of trouble following an alleged child abuse incident on March 30.

According to court documents, 20-year-old Triston Dishon Sanders is accused of three counts of felony child abuse, after he allegedly stepped on his one-month-old daughter's head and then bit her in the abdominal area.

Investigators say the alleged abuse happened after Sanders placed his daughter on a dining room table that is about five feet tall and left her unsupervised, resulting in the daughter falling off the table and onto the wooden floor.

The child, according to police, was treated at a hospital, where a CT scan showed her having suffered a bilateral skill fracture and hemorrhage to her head, in addition to broken blood vessels in her left eye, a bump to the side of her head, and a bite mark on her abdominal area.

When interviewed by police, investigators say Sanders admitted to being high on acid at the time of the incident, as well as leaving her unsupervised on the table, stepping on her head, and biting her.

According to court documents, the incident was brought to the attention of the police by a third party, but police officials did not elaborate as to who the third party is.

A judge has set a $10,000 secured appearance bond for Sanders, and a preliminary hearing is scheduled for April 8.