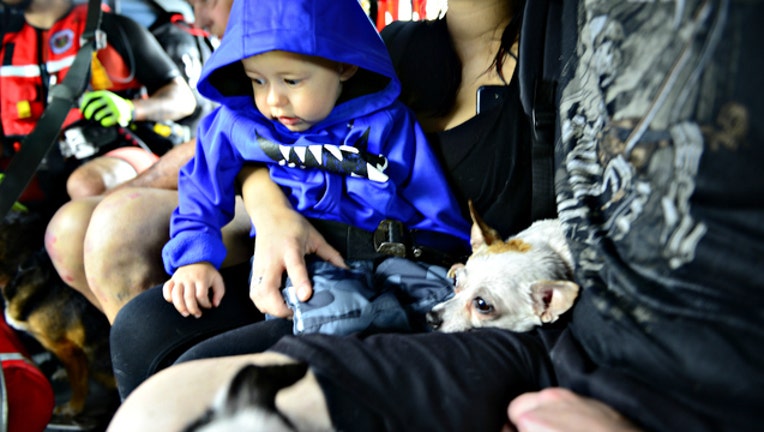 HOUSTON (Fox 32 News) - As thousands of people fled from flooded homes across the Houston area this weekend, many took their pets along.

That led to a question at the doors of shelters: Are pets allowed?

On Sunday, Harris County administrative Judge Ed Emmett said that pets would be allowed at county-operated evacuation centers. He said that during Hurricane Katrina, many people refused to come to shelters because they did not want to leave their pets behind, and that Texas did not want to make that mistake this time around.

A poll cited by the American Society for the Prevention of Cruelty to Animals found that 44 percent of New Orleans residents did indeed delay evacuation or refused to evacuate during Katrina because of their pets.

However, evacuees with pets were not being allowed into the Brown Convention Center in Houston on Sunday afternoon, according to tweets from people at the scene. It's not clear if the center was already too crowded or if there were other issues.

Please check back for updates on this developing story.