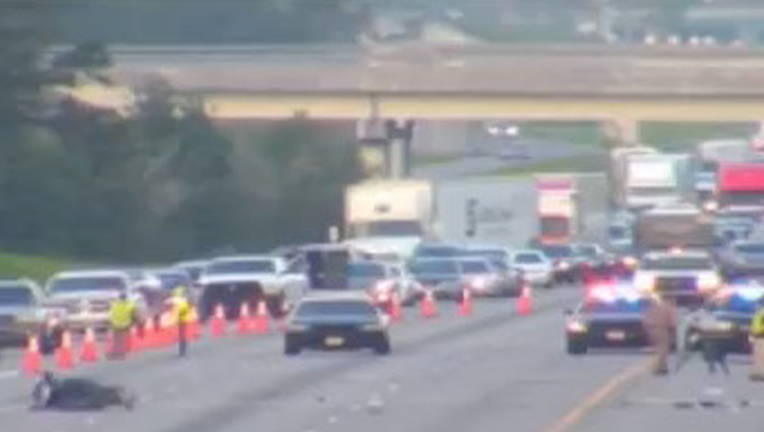 ORLANDO, Fla. (FOX 35 WOFL) - A 50-year-old motorcyclist is dead after he lost control while traveling on eastbound I-4 near mile marker 68 in Orange County at 4:00 a.m. on Sunday.

The Florida Highway Patrol says the Apopka motorcyclist, identified as Fredrick Murphy, was traveling from S.R. 536 onto eastbound I-4 when, for an unknown reason, Murphy lost control of his vehicle and overturned. He was ejected off of his motorcycle.

Murphy is said to have died later at the hospital.