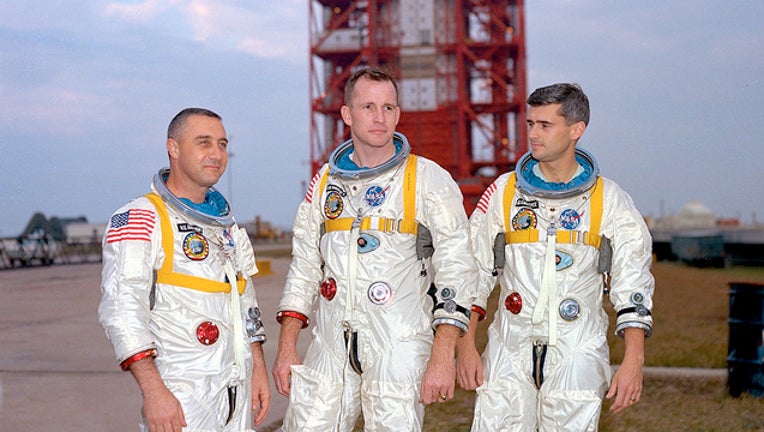 They were selected for the first manned mission of the Apollo moon program, meant to orbit the Earth in a shakedown flight. They died in a fire at their launch pad during a countdown rehearsal on Jan. 27, 1967.

A brief look at the men: 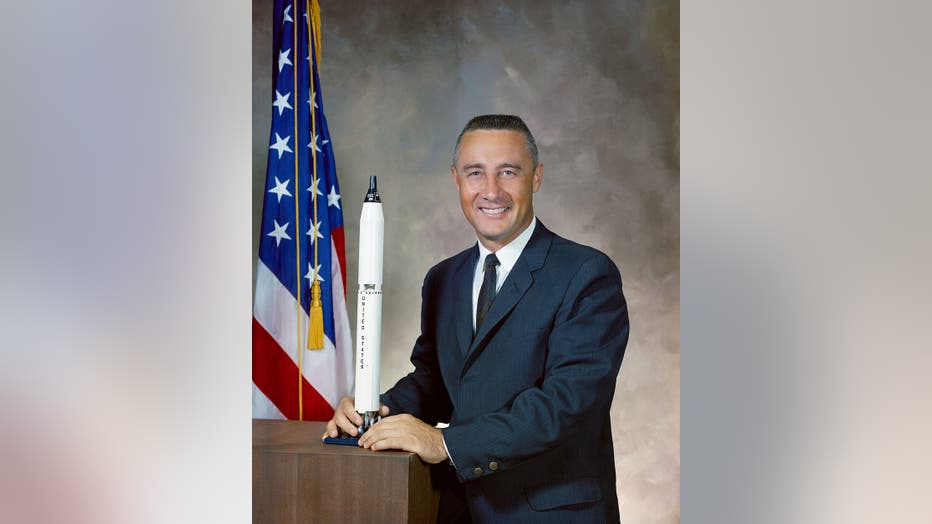 Grissom, 40, was the second American in space and perhaps best known for the sinking of his Mercury capsule, the Liberty Bell 7.

The hatch to the capsule prematurely blew off at splashdown on July 21, 1961. Grissom was pulled to safety, but his spacecraft sank.

Next came Gemini. NASA assigned Grissom as commander of the first Gemini flight in 1965, and he good-naturedly picked Molly Brown as the name of the spacecraft after the Broadway musical "The Unsinkable Molly Brown."

He was an Air Force test pilot before becoming an astronaut and his two sons ended up in aviation. Scott retired several years ago as a FedEx pilot, while younger Mark is an air traffic controller in Oklahoma. Their mother, Betty, still lives in Houston.

Scott recalls how his father loved hunting, fishing, skiing and racing boats and cars. "To young boys, all that stuff is golden," he says. 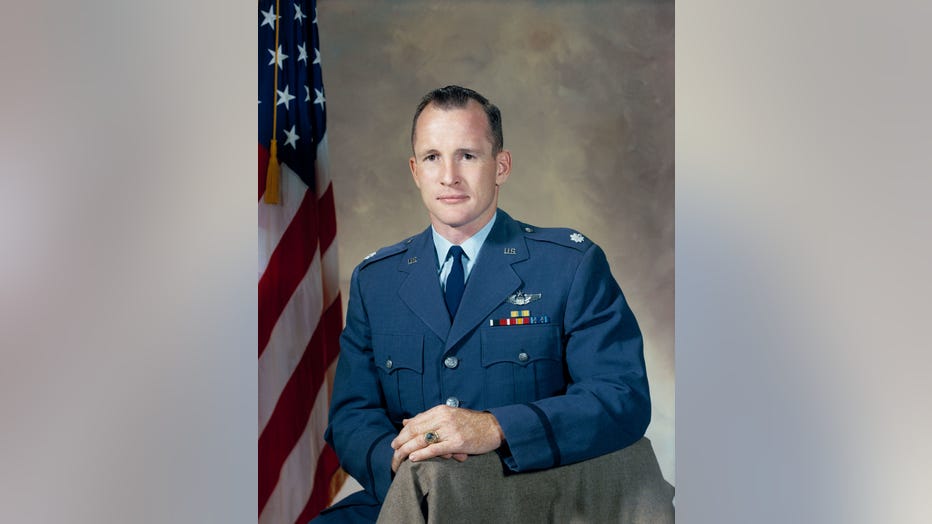 NASA chose the most athletic member of its still-new astronaut corps to take this big step. Back during his West Point days, White had excelled at hurdling and almost made the 1952 U.S. Olympic track team. He went on to become an Air Force test pilot.

White was in NASA's second astronaut group. During Gemini 4, he spent 21 minutes out in the vacuum of space. Although it was strenuous, going back inside, he said, was "the saddest moment of my life."

He had two children, Edward White III and Bonnie Baer. His daughter says that for all who knew her father, he truly was "a standout."

"He was just ahead of his time," she says, "because even back then, he used to run and work out."

Their mother, Patricia, who had remarried, died in 1983. 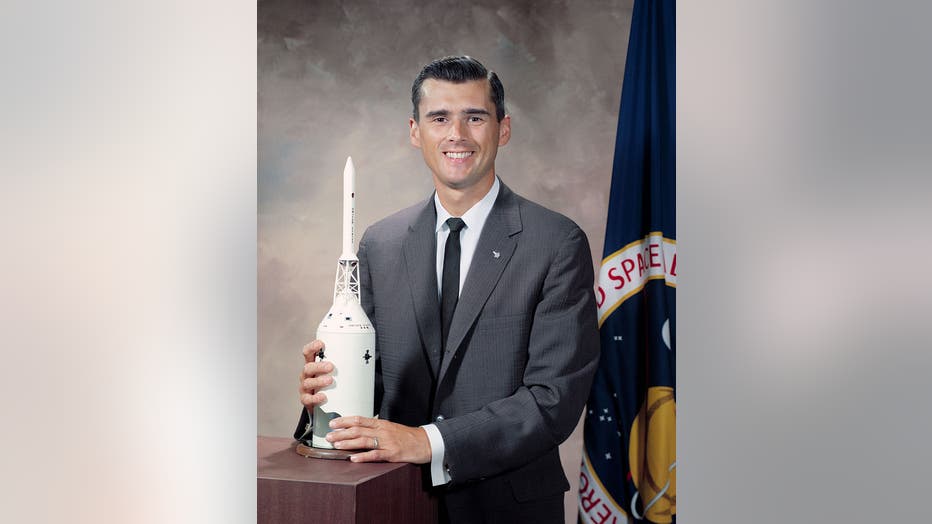 Chaffee, 31, was the baby of the crew, a never-flown-in-space rookie.

Chaffee was just 7 when he took his first plane ride over Lake Michigan with his father, who was a barnstorming pilot. He was chosen for NASA's third astronaut group in 1963.

To this day, his widow, Martha, looks at his picture and thinks to herself, "how lucky I was." She remarried, but later divorced.

Sheryl Chaffee, one of their two children with brother Stephen, retired at the end of December as a real estate property officer following a 33-year career at Kennedy Space Center.

On the way home from her last day at work, she and her husband, also a space center employee, drove past the abandoned launch pad where her father and his crewmates died.

Another rookie astronaut, Donn Eisele, actually was promised Apollo 1, but shoulder surgery sidelined him and the slot fell to Chaffee, a Navy lieutenant commander.