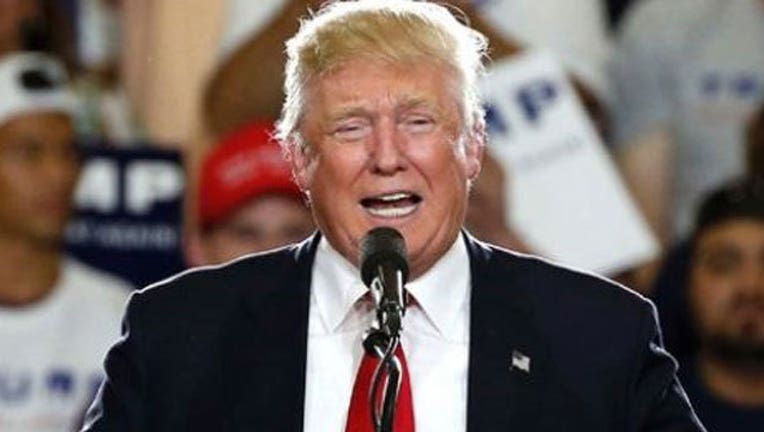 WASHINGTON (AP) — President-elect Donald Trump tweeted Wednesday that the 18-year-old Ohio State student who carried out a car-and-knife attack on his college campus "should not have been in our country."

It's unclear from Trump's tweet whether he thinks there was some failure in the screening system or whether he was offering this case as evidence to support his proposals to overhaul immigration policies, especially to restrict the entry of refugees.

If Trump is arguing that Abdul Razak Ali Artan's family wasn't properly checked out, there is no evidence of that. If Trump is referring to his plans to overhaul immigration, that may be difficult to accomplish.

A look at both scenarios:

Trump correctly described Artan, who was killed by police, as a refugee originally from Somalia. Artan and his family moved in 2014 to the United States after living in Pakistan since 2007.

As part of that process of being admitted to the United States, the family was subjected to a lengthy background check that generally includes multiple in-person interviews, checks with federal law enforcement and intelligence agencies, and the collection of biometric data, including fingerprints.

When the family arrived in the U.S., Artan had a secondary inspection by immigration officials, but no negative information was found and he was allowed into the country, according to a U.S. official briefed on the case. The official was not authorized to publicly discuss details on the case and spoke on the condition of anonymity.

The government conducted a second background check on Artan when he became a legal permanent resident in 2015.

If Trump was referring to his proposal to end some refugee processing and to block migration from certain countries, that's a different issue.

During the presidential campaign, Trump initially proposed banning all Muslims "entering the United States until our country's representatives can figure out what is going on." He later suggested temporarily blocking migration from certain countries and adding "extreme vetting" to the process. He never specified which countries would be affected.

It's unclear how he would accomplish either an all-out ban on Muslims or select which countries no longer would be able to send people to the United States.

There is no religious test for anyone asking to enter the United States. Adding one would likely lead to litigation from civil libertarians. Trump will have authority to control the volume of refugees entering the country, but may need legislative and likely diplomatic support to bar migration from certain countries.