Capacity restrictions are still in place at the Amway Center amid the pandemic, but that could soon change.

ORLANDO, Fla. - Capacity restrictions are still in place at the Amway Center amid the pandemic, but that could soon change.

Comedian Joe Rogan's August 28 show is expected to be the first full capacity event at the Amway since the pandemic hit.

The show isn't sold out yet, but the Amway Center's Deputy Chief Venues Officer Craig Borkon says it's expected to be.

He says, so far, 15 concerts are scheduled at the Amway before the end of the year but there could be more.

"You're going to see them come fast and furious, which is a good thing," he said. "I think there's lots of pent-up demand to get out there and have some fun."

People FOX 35 News spoke to say it's the COVID-19 vaccine that makes them feel more comfortable.

"I’ve already been vaccinated so I feel a lot more comfortable with it," said Miles Wright. "I don’t mind wearing a mask or not, so I’d be fine with it." 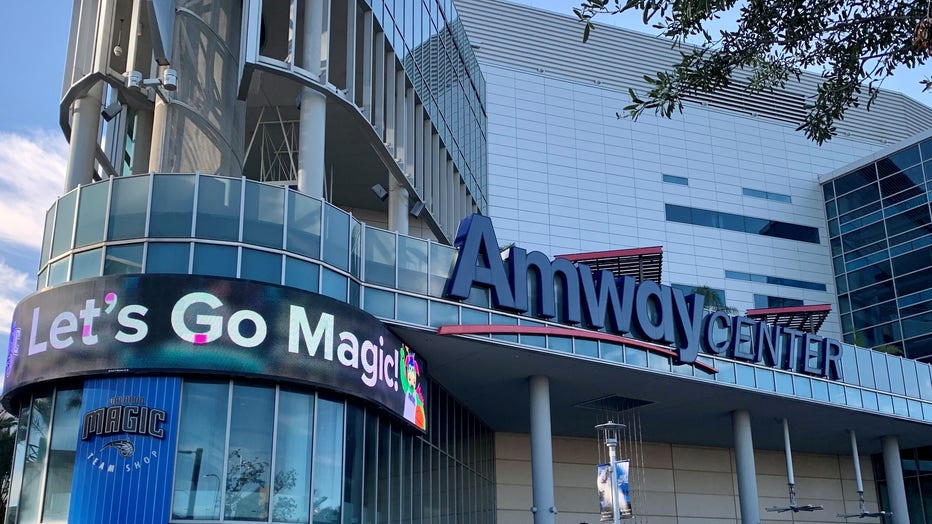 Borkon said the availability of the vaccine has sped up Amway's timeline to get back to business.

"I think that’s given us more hope for us to reopen a little sooner because people are getting those shots in arms," Borkon said. "What's the new normal going to look like? I can’t say for sure. However, there are a lot of things that we’ve done over the past year and we’ll continue to do."

Those things include upgrades to Amway's air filtration system and the continuation of more hand sanitizer stations being available.

Borkon said operating the Amway Center at full capacity will bring back at least 800 jobs and give more life to Downtown Orlando.

"Anything that we can reopen more gets more people coming back downtown," Borkon said. "Spending money in the restaurants and bars and having a good time."