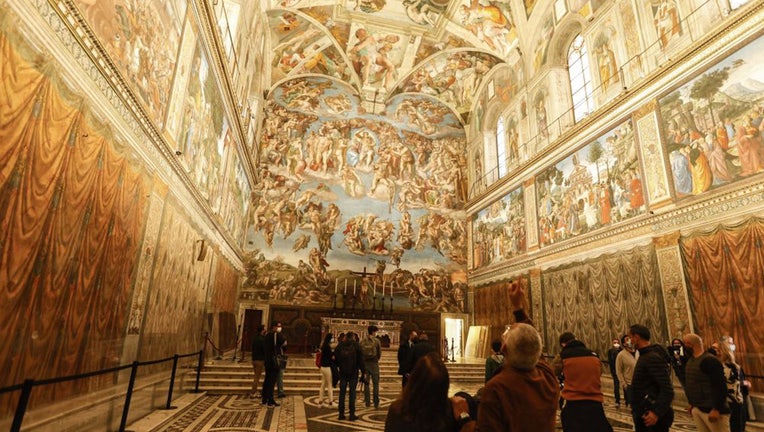 FILE - Tourist admire the Sistine Chapel, ahead of the re-opening of the Vatican Museums, at the Vatican City, on May 03, 2021. (Riccardo De Luca/Anadolu Agency via Getty Images)

An American tourist on Wednesday threw a tantrum and cracked two Roman busts in the Vatican Museums after officials denied him an audience with Pope Francis.

The unidentified tourist, said to be in his fifties, was in the Chiaramonti Gallery when he requested to visit the pope. When told he could not visit the pope, the tourist grabbed an antique marble bust and threw it on the ground, damaging it.

He then damaged another bust as he ran from museum workers, who tried to apprehend him. The Gendarmerie, who serve as police and security in Vatican City, took the man into custody, Italian outlet Il Messaggero reported.

"The person who pulled down the statues has been arrested by the gendarmes and handed over to Italian authorities," Vatican spokesperson Matteo Bruni said following the incident.

He also said that the busts were "minor works" and that the damage was "not significant" but that the incident was the act of a "deranged person."

"The faces have not suffered great damage, perhaps one of the two specimens have detached a piece of the nose," the spokesman noted, adding that experts will now examine for total damage and immediately work to restore the pieces. 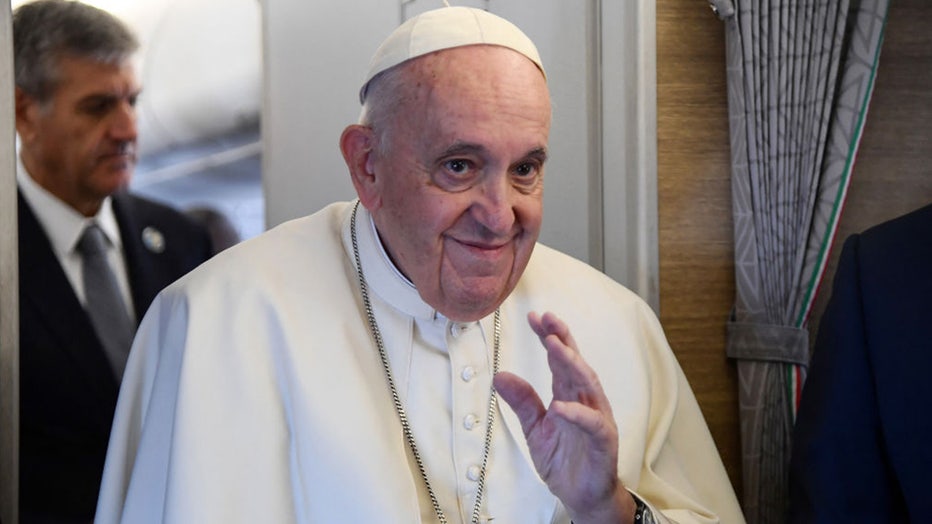 FILE - Pope Francis greets the media on board the papal plane enroute to the Kazakh capital of Nur-Sultan at the start of his three-day visit to the Central Asian country, on Sept. 13, 2022. (FILIPPO MONTEFORTE/POOL/AFP via Getty Images)

The incident "shocked" the Vatican, which had installed a "complex and sophisticated" video surveillance system to protect the artworks on display.

The Chiaramonti Museum, created under Pope Pius VII Chiaramonti, includes more than 1,000 busts, statues and sarcophagi, according to the National Catholic Register.

Rome has suffered a number of acts of vandalism in recent months, including an American couple who threw their scooters at the Spanish Steps, causing an estimated 25,000 euros in damage, according to La Repubblica.