An American Girl holiday catalog released last month featured a 4-year-old girl with Down syndrome from Illinois, displaying pictures that her mother said starts an important conversation about presenting people and children of all abilities.

CHICAGO - An American Girl holiday catalog released last month featured a 4-year-old girl with Down syndrome from Illinois, displaying pictures that her mother said starts an important conversation about presenting people and children of all abilities.

Ivy Kimble was the child model for the doll catalog, posing in an elegant and glittery red dress with a dazzling Christmas tree in the background.

Ivy lives with her mother Kristin Kimble in New Lenox, Illinois, which is about 45 minutes from Chicago.

The mom said the American Girl catalog’s release was “very fitting because October is Down syndrome awareness month.”

“So it’s just a really cool thing that she was in the catalog, and I don’t think they knew that... but that meant something to us for sure!” she said. “It’s definitely raising awareness, it’s raising a bigger conversation that I ever anticipated that it would, but it’s amazing because I think it’s really important to have kids of all abilities out there.” 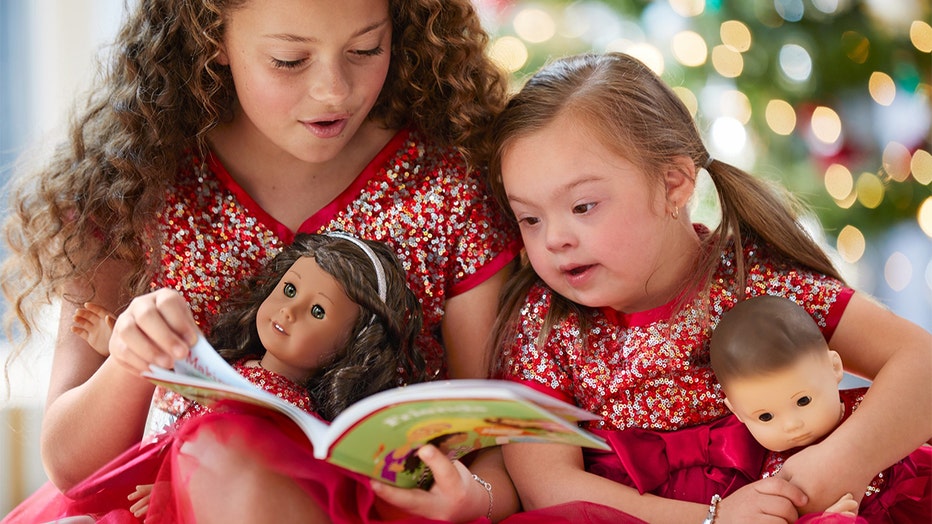 Ivy Kimble, 4, (right) was the child model for the doll catalog, posing in an elegant and glittery red dress. (Photo Courtesy: American Girl)

“You need everyone who has any unique qualities to be seen, so I think it’s so important to feel like you’re represented in your community, in your world. And honestly, for a long time, they haven’t been. And I think it’s about time that the conversation’s being started. I feel like Ivy’s the perfect kid for it because she’s electric and she just has a great spunk about her and I think people are just drawn to that,” Kristin said.

The mom said a friend told her that American Girl was looking for girls of all abilities to participate in a photo shoot. She then submitted family photos and received a call inviting her to a casting call photo shoot in Chicago.

The mother didn’t think anything was going to happen after that, but the next month, to her surprise, American Girl told her that they were going to “for sure use Ivy.”

“And I was like, Holy Cow! This is amazing!” the mother said.

After the casting call shoot, Kristin said she wasn’t sure if her daughter was going to be included in the final catalog, but she was again in for another surprise.

“You don’t really know until the magazine comes out, so when I got word from a friend who said, ‘Ivy’s in the catalog!’ it was just kind of crazy from there,” the mom said. “My kids were all excited and it was great!”

“I think from there it’s just kind of exploded. I really did not at first think we would have the impact that she’s had, but she kind of an electric personality and I think that carries over on her pictures. And people are really excited about it,” she said.

“Ivy came to our model call in Chicago and we were thrilled to work with her on the photoshoot. She’s adorable and great to work with, and the shots we captured with her for our holiday catalogues are beautiful,” Stanton said.