They stopped in Orlando over the weekend, trying to get people to register to vote.

ORLANDO, Fla. - The Florida Rights Restoration Program made a stop at Saturday’s Florida Classic football game as part of a statewide voter registration tour, the group's second push to sign-up voters leading up to next year's elections.

“I went to a baseball game, had a couple drinks, drove home with my friend in the car. Lost control of the car. He lost his life, I lost everything,” Wissinger recalled.

Saturday, Wissinger was at the Florida Classic football game registering voters, with a special emphasis on convicted felons. 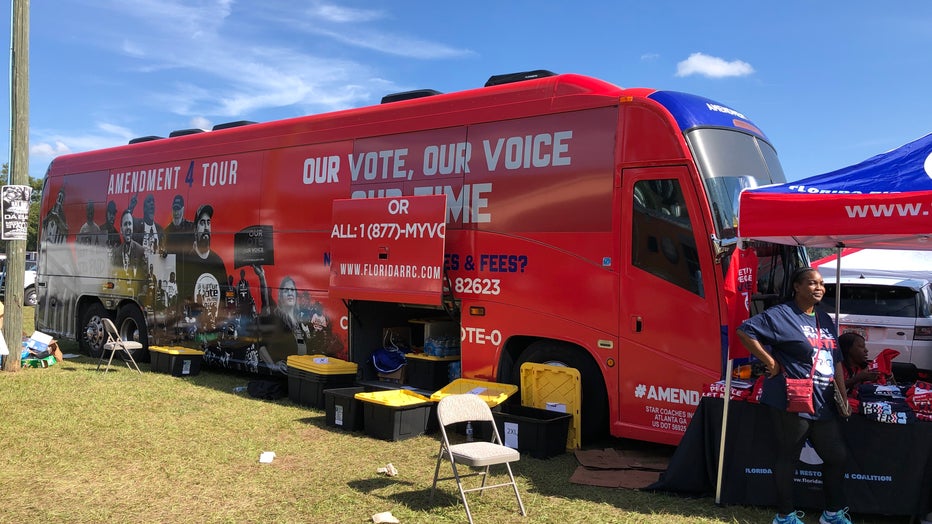 “That's our voice,” Wissinger said, “that's how we get to make change up to the presidential level.”

Organizer Sharon Madison is helping organize the outreach program for the Florida Rights Restoration Program. Saturday's stop at the Florida Classic was part of a statewide voter registration tour - the group's second push to sign-up voters leading up to next year's elections.

“Amendment Four liberated Florida and brought democracy to Florida for everybody to have a right to vote,” Madison said.

The only exceptions are felons convicted of sex crimes and murder. Felons have to have paid all their remaining fees and fines to register, but Madison said they can help. “Any court costs, any fees that were issued to you at the time of your sentence, we're here to make sure we assist them with those,” she said.