The massive crash happened near Red Bug Lake Road just before 10 p.m. Saturday in the southbound lanes of State Road 417.

SEMINOLE COUNTY, Fla. - FOX 35 has learned new details about a 15-car pile-up that happened in Seminole County over the weekend.

The massive crash happened near Red Bug Lake Road just before 10 p.m. in the southbound lanes of State Road 417. The Florida Highway Patrol (FHP) said that 15 vehicles were involved in the crash.

There were said to be 24 people involved in the crash, six of whom were transported to the hospital with non-life-threatening injuries.

During this incident, Seminole County officials said that a special ambulance bus came to help, called the "AmbuBus"’

Seminole County Fire Chief Otto Drozd said that it "gives us the capacity to treat multiple patients at the same time. So, within the bus, we have 15 or 20 cots that can be utilized for patients for various injuries or ailments." 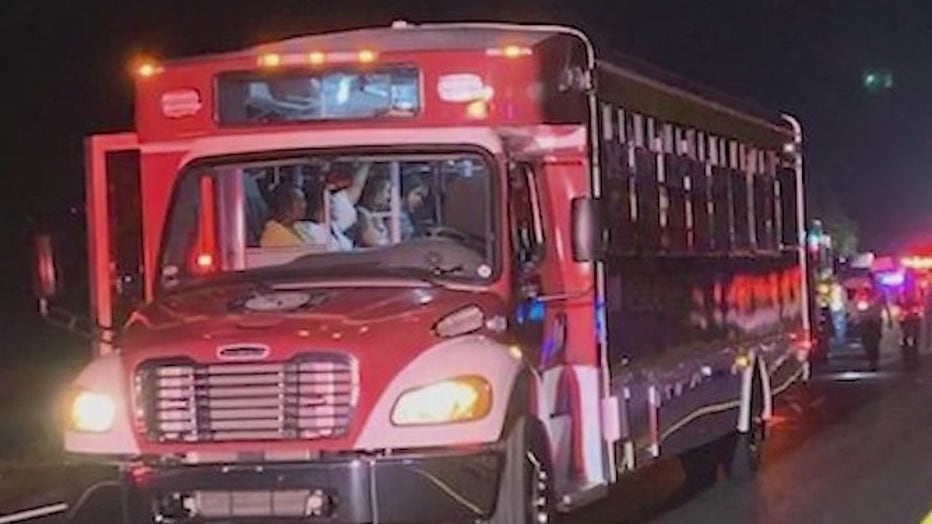 It also reportedly provides victims a place of safety and comfort after a crash.

Previously, officials said that the bus was used to administer the COVID-19 vaccine. This crash was the first time that it was used in a scenario like this.