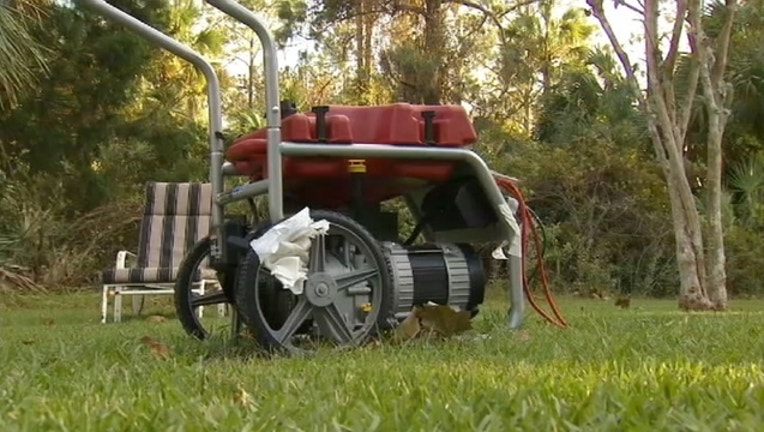 TALLAHASSEE, Fla. (AP) - A government agency reports that most Florida nursing homes and assisted-living facilities do not have backup power despite new requirements enacted after a dozen people died in a sweltering center following Hurricane Irma.

The state Agency for Health Care Administration says only 48 nursing homes and 91 assisted-living facilities have installed equipment and had state inspections as of May 25. The new rules that went into effect Friday require all facilities to have backup power for cooling for at least 96 hours.

The agency reports that 348 nursing homes and 343 assisted-living facilities have requested extensions to install equipment and have it inspected. They have until Jan. 1, 2019, to meet the requirements, meaning many will not have backup power for this hurricane season.

Gov. Rick Scott first directed the state to issue emergency rules requiring generators in long-term care facilities in the weeks after the tragedy last fall at the Rehabilitation Center at Hollywood Hills, where an investigation continues into the residents' deaths after Irma knocked out power.

Following months of legal disputes between the state and industry groups that pushed back on the requirements, the Florida Legislature passed rules mandating that those facilities verify they have installed a working generator or alternate backup power source by June 1, the start of hurricane season.

Yet under the rules, extensions can be granted for reasons including construction or delays in delivery, zoning, or regulatory approvals, provided the facility submits alternative cooling plans that can keep residents at safe temperatures for 96 hours. Obtaining an extension means that the facilities are still in compliance with the law, despite not having the backup power fully in place or not inspected.

The Agency for Health Care Administration says it will ensure all nursing homes and assisted-living facilities will meet the letter of the law.

"It is AHCA's expectation that all assisted living facilities and nursing homes are actively planning for hurricane season and complying with the new rules put in place to protect the vulnerable population they serve," said agency spokeswoman Mallory McManus in a statement. "If a facility has not documented compliance with the June 1 deadline the agency will issue a notice of violation, which can lead to fines and other penalties."

The state is tracking when facilities report implementing their emergency power plan, when local emergency management agencies approve the plans, and when fire marshals or the agency's office does site visits. The agency plans to issue notices of violation after Friday's deadline if no paperwork has been submitted, McManus said.