ORLANDO, Fla. - The City of Orlando closed down streets Saturday night to allow people with alcohol outside bars to social distance on Halloween, but it turned into a block party. City officials admitted Monday their idea did not go as planned.

“Most of the people, I would say 80% of the people, didn’t have masks. They didn’t social distance so I would say that was an experiment that did not work out so well. We probably won’t revisit that one again,” said Orlando Mayor Buddy Dyer.

That experiment was one Mayor Dyer proposed last week, allowing alcohol in the streets so people at the bars would have more room to social distance on Halloween night.

Instead, thousands crowded the streets, bringing business to the bars, but raising concern about a spike in COVID cases in the coming weeks.

“These leaps of faith that we are taking by not wearing masks at large is the ones that will bring us where we don’t want to be,” said Dr. Raul Pino, from the Health Department in Orange County. 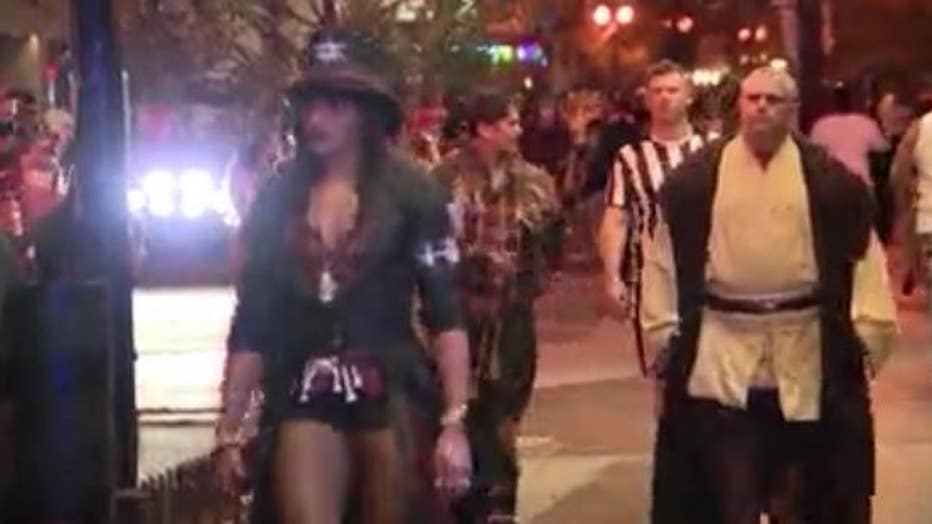 Health department officials are hopeful that the potential spike won’t be quite so high.

Some bar owners told FOX 35 the event could have been better organized.

“Sometimes when we have street events down here, they’re usually cordoned off and we know the age potentially of the people that are coming in already, little things like that,” said Roger Wall, owner of Embassy Irish Bar.

Outside there’s only so much you can do.

“I’d like to have more events down here, but when they’re of that magnitude, again, we have little control,” Wall said.

The numbers were similar to a regular Saturday night before the pandemic, but they still didn’t match last year’s Halloween numbers.