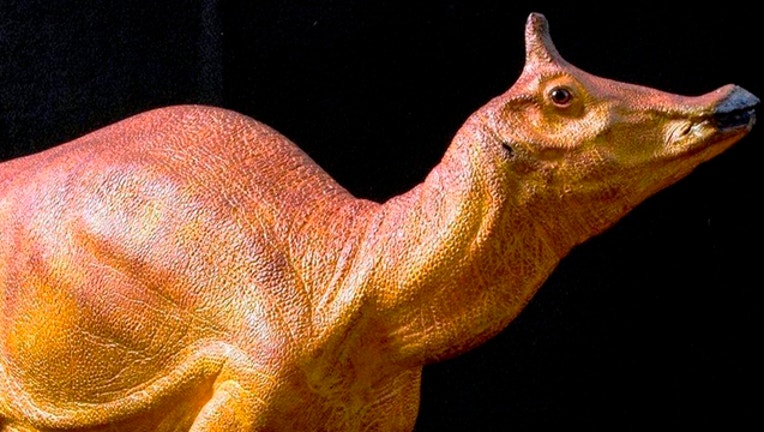 SACRAMENTO, Calif. (AP) - It took about 66 million years, but a duck-billed creature has finally won recognition as California's state dinosaur.

Fossilized remains of the duckbilled creature that lived anywhere from 100 million to 66 million years ago have been found only in California.

Several other states and Washington, D.C., also have official dinosaurs.

California has more than 30 state insignia including a state lichen - lace lichen - and a state fabric, denim.