Accused bank robber dressed as a woman held without bond

Bond was denied for a man accused of robbing a bank in Casselberry, Florida in women's clothing, before stealing a deputy's patrol car as a means of escape. Newly-released video comes a day after the incident and captures scenes from inside the bank and from the perspective of a dashboard camera inside a deputy's car, showing the suspect's apprehension.

SANFORD, Fla. - A man, who allegedly robbed a bank dressed as a woman and then escaped in a deputy's patrol car, is being held in jail on no bond.

Dashboard camera video and bank surveillance camera videos were released by authorities a day after the incident.  A takedown of the suspect happened along U.S. Highway 17/92 in Maitland.

In the dashboard camera video, deputies are seen surrounding one of their own patrol cars and slam 51-year-old Gumersindo Reyes to the ground. Road rash can be seen on his chin in a jail booking photograph.  Earlier in the day, authorities said he was disguised as a woman when he robbed the Chase Bank in Casselberry, Florida.

"We just had a gentleman come in in a costume and demand money, and he had something in his bag that he’s not playing. I didn’t know what he had in his bag," explained a bank employee who called 911.

According to police, Reyes handed the teller a note demanding money, saying he had AIDS, was armed and threatened to shoot. 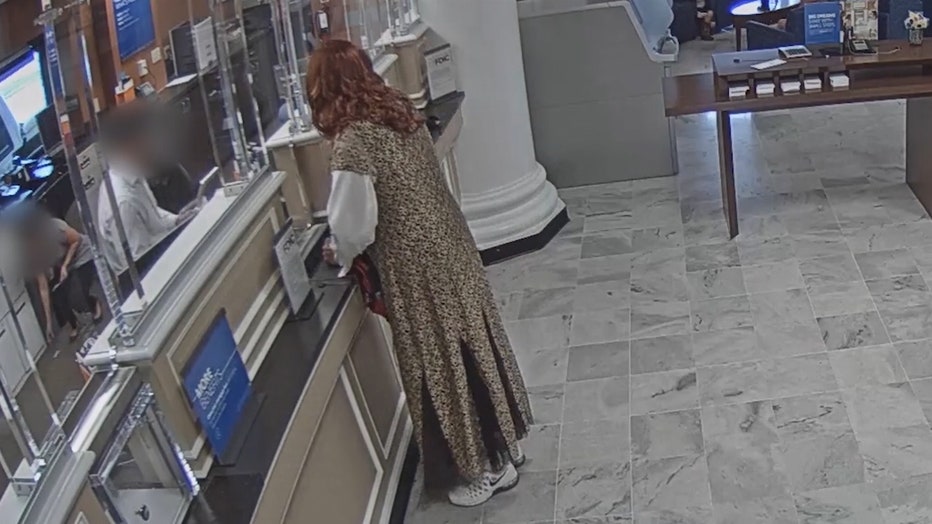 Investigators said Reyes ditched his disguise in a restaurant and was spotted as he was leaving. After getting into a fight with a deputy, he took off in a patrol car, but was caught shortly after that.

Vittitow said, "We saw a sea of blue lights and a huge commotion."

Reyes made his first appearance in court wearing a white jail jumpsuit, instead of a dress. The judge read a list of charges including, "allegations of battery on an officer, firefighter and EMS."

Many who work in the area are glad law enforcement officers caught him.

And Vittitow agreed, "We are relieved he was caught."

Reyes was told by a judge not to have any contact with bank employees.